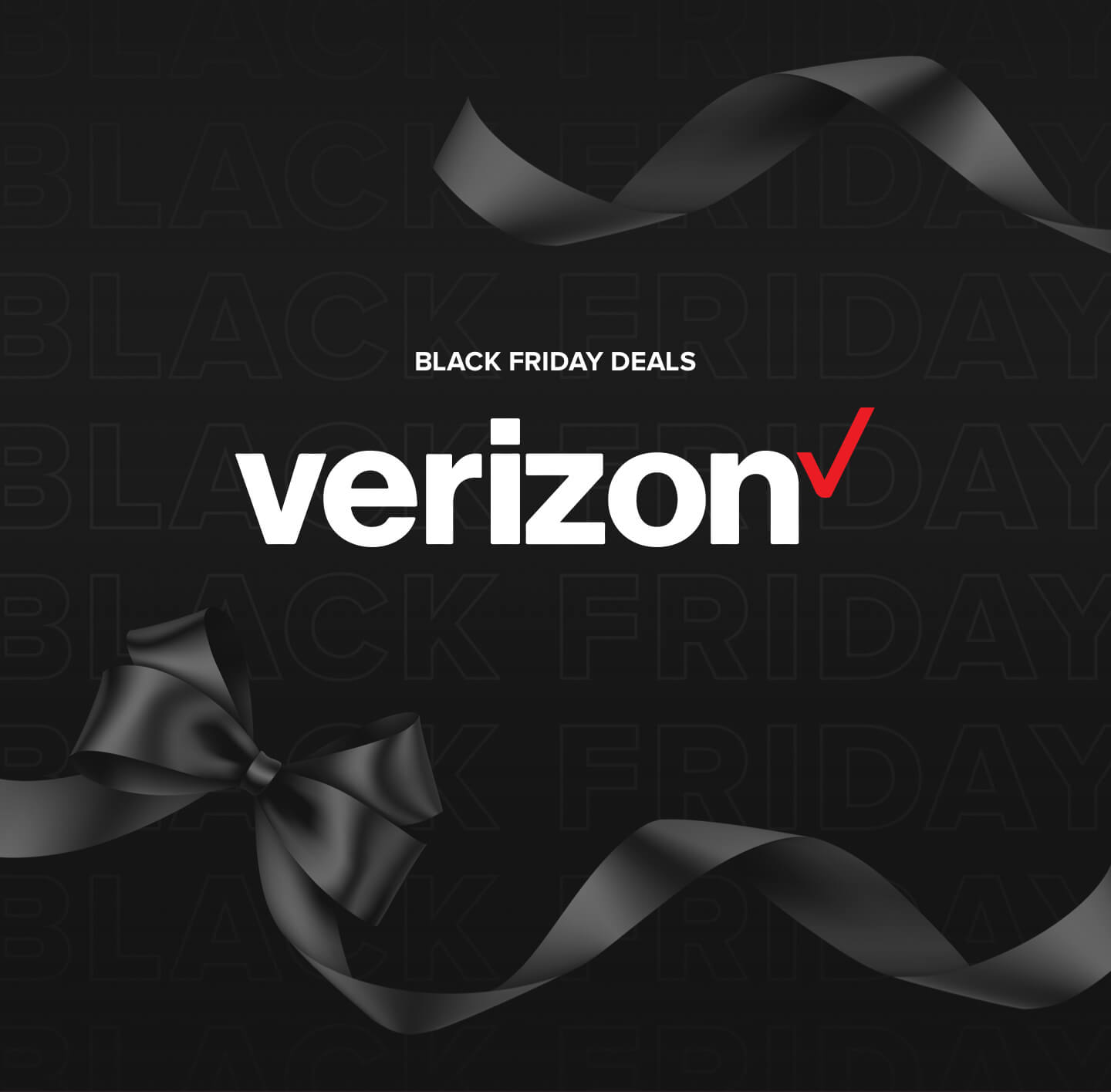 With the coronavirus still affecting Americans nationwide, Black Friday 2020 is shaping up to be something entirely different from what we have seen in the past. No more can stores fall reliant on in-store sales, and it is likely that the 2020 holiday season will see unprecedented numbers in online sales this year.

For Verizon Wireless, the season is made all the more exciting with the official launch of the iPhone 12, and special preorder deals are already in full swing. There are also plenty of opportunities to save on not just your Verizon iPhone but other Verizon phones and tablets. Many of these deals will require opening a Verizon unlimited plan to take advantage of the full savings.

It’s an exciting year with the arrival of the new iPhone 12, especially since Verizon has been holding out on iPhone 11 deals for quite some time. Here are Verizon’s current phone deals:

When will 2020 Verizon Black Friday deals be announced?

Black Friday is the day immediately following Thanksgiving, known for its doorbuster deals and savings so extreme that they only come once a year. Cyber Monday lands on November 30th when online sales explode onto the internet.

Last year, Verizon began on Thanksgiving Day itself, getting a jumpstart on the competition with online deals before the official in-store launch on Black Friday. However, with so many people grounded at home, shoppers are already hunting for deals, and Verizon Wireless is here to deliver.

Verizon believes in the power of the bundle, so 2019 was full of opportunities to save when you combined multiple products and services. It has been giving its unlimited plan a particular push in the last year, so there are likely to be extra rewards and incentives for those who subscribe to the company’s highest-tiered plans.

The iPhone 11 was Verizon’s featured deal in 2019, combining multiple products into one massive bundle. The deal gave you $400 off when you had an eligible trade-in and signed up for their new unlimited plan. If you transferred from another carrier, you could get another $400 off the bill for one of Verizon’s biggest and most impressive deals of the 2019 holiday season. Another deal gave up to $700 off the iPhone 11, 11 Pro and 11 Pro Max when you bought two.

For those who preferred Apple’s larger model, the iPhone XR, you could buy one and get a second one free, courtesy of Verizon Wireless. This was eligible for subscribers of the new Unlimited plan. The company was also offering up to $300 off the iPhone XR.

These deals ended up giving customers up to 55% off their new iPhone purchase. If you opted for an older model, such as the iPhone 7 or 8, you could save up to 73% off your phone. There was also a best price guarantee.

For loyal Android fans, you could get $750 off your purchase of two Samsung phones. This offer was valid for the Samsung Galaxy Note10, Note10+ and Note10 5G models, and you were required to switch your plan to Verizon’s Unlimited plan. Another deal gave you a free Galaxy Watch and Galaxy S10e when you switched to Verizon Wireless.

Verizon was also offering $600 off its inventory of flagship Android smartphones. You could save up to 50% off such Samsung smartphones as the Galaxy S10, Note 10, S9 and Note9.

However, most of Verizon’s deals centered around the Samsung Galaxy Note 10 and S10, so it’s likely we’ll see similar offers this year. With Samsung’s launch of the S20 and Note 20, Verizon will probably offer some sort of device and service bundle in its 2020 Black Friday sales.

It’s not only about the phones. 2019’s Black Friday included up to $200 off the purchase of a new tablet. That includes models like Apple’s iPad, iPad Air and iPad Pro, in addition to Samsung’s Galaxy Tab S6 and Galaxy Book 2. Verizon Wireless will likely continue in this vein this year, offering exclusive discounts and incentives on its wide inventory of tablets.

Verizon is a multi-faceted company, and they want to earn more than just your wireless business. To help coax new customers into joining Verizon, the company was also offering up to $500 off when you bundle Verizon Fios internet, TV and home phone.

The Verizon deals we expect to see for Black Friday 2020

Typically, Verizon begins to gift its customers with early deals and discounts well before the normal Black Friday timeline, although, of course, you’re likely to see the most prominent deals closer to Black Friday.

Trade-ins are always big business for Verizon, and the iPhone launch has been no different, with early November 2020 offers including a $550 trade-in offer. If you’re especially hard on your phones like us and don’t have a valid trade-in to present this year, that’s okay. Verizon likes flat-rate deals, too.

Watch out for the bundles, which include incredibly enticing offers like free gift cards, accessories and even a free Amazon Echo Dot.

Based on last year’s sales and looking ahead to this year’s newest arrivals, Verizon Wireless is likely to focus on the iPhone 12 and 11 models, in addition to the Google Pixel 5 and Samsung Galaxy Note 20.

Given its focus on its Unlimited plan last season, it’s likely that Verizon will push this plan through its holiday deals this year.

For 2020, iPhone 12 deals will likely follow this similar model, rewarding customers handsomely when you pair your new iPhone with a service plan or trade-in. As Apple continues to drop new models, such as the iPhone 12 Mini and iPhone 12 Pro Max, there are already pre-order deals that are extend to Black Friday.

Look for opportunities to trade in your current phone or switch from another carrier in order to leverage the most attractive discounts. Verizon is also likely to continue with its his and hers deals.

Android fans are already clamoring for Google’s newest device, so we expect that Verizon Wireless will step up to the plate with the same sort of buy-one-get-one detail that we see with Apple’s iPhones. The unlimited data plan may be a caveat for the biggest and best deals, but there could very well be trade-in bonuses that could prove lucrative.

Samsung’s Galaxy models are a consistent seller for Verizon, and with the release of the Galaxy Note 20, Verizon is likely to offer some sort of buy-one-get-one deal. There could be extra room to save if you have an eligible trade-in, or the Unlimited plan will probably bring extra rebates or discounts. Pre-Black Friday sales already include a $400 trade-in bonus for eligible devices.

Where to find the best Verizon deals on Black Friday

The arrival of colder temperatures has many shoppers staying indoors as coronavirus infection rates soar, but that does not mean that Black Friday won’t go on. For many, Black Friday could be bigger and better than ever before, simply because stores will be overcompensating for those lower in-store sales.

As of now, Verizon Wireless stores will be open and ready to receive customers on Black Friday. Most stores open at 8 a.m., but before heading out, you should check your local store to be sure.

Already, Verizon is launching special deals that are making this holiday season better than before. From free phones and accessories to credits and discounted bundles, you will likely be impressed by all that Verizon Wireless has to offer this year, and we’re just getting started.

We anticipate that there will be many new arrivals to the Verizon Wireless Black Friday lineup, so be sure to bookmark this page and check back regularly to discover the very latest deals.