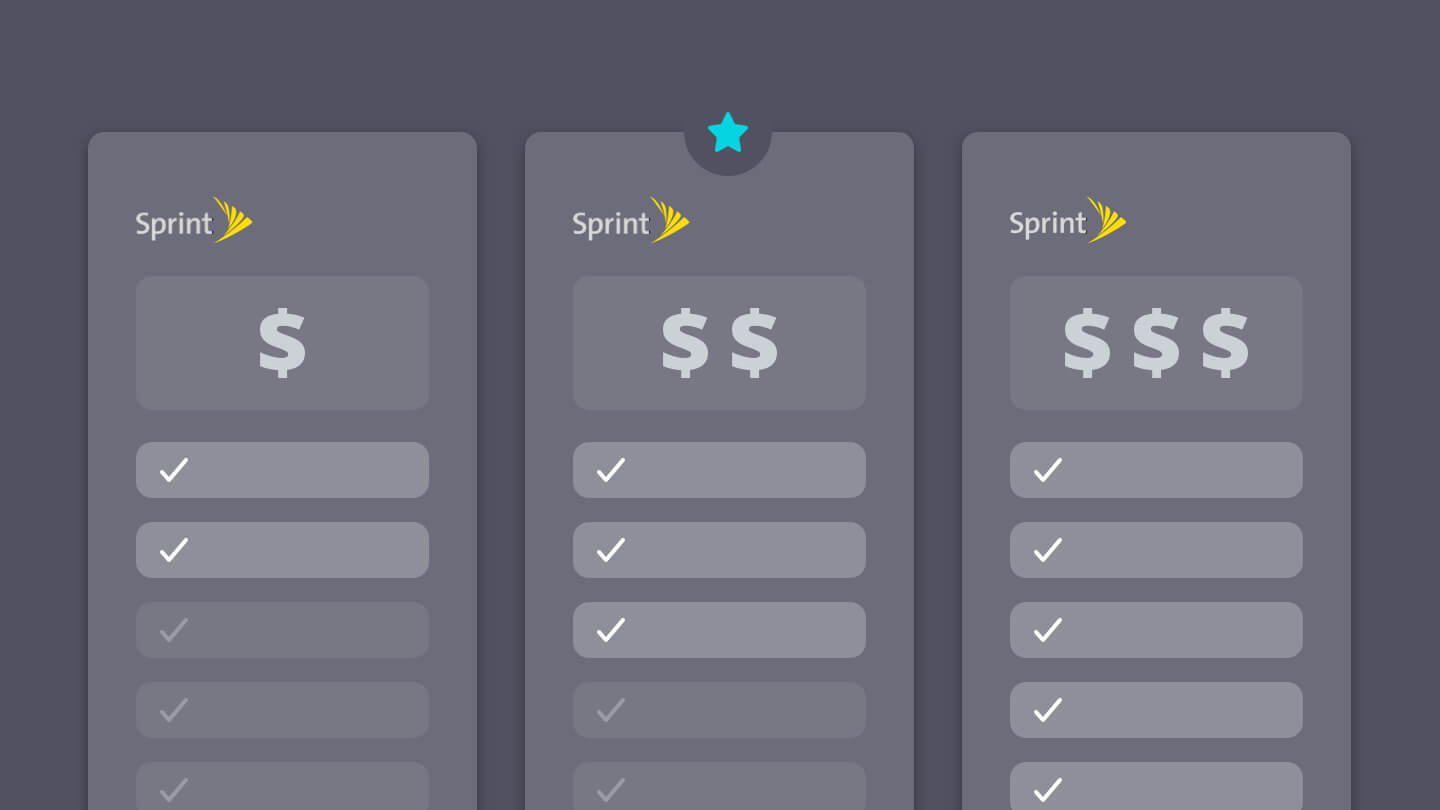 On Aug. 2, 2020, Sprint was officially absorbed into the T-Mobile brand. New customers can no longer sign up for Sprint plans, but existing customers are locked in to their previous plans and prices.

If you were looking to switch to Sprint from Verizon or AT&T, that news might be disappointing. Sprint had the cheapest cellphone plans of any of the big four carriers, and included perks like Hulu, Amazon Prime and TIDAL with all of its plans.

While it’s disappointing to have that option off the table, most people will be just as happy with the new Sprint, AKA T-Mobile. The merger between the two wireless brands has given customers the most extensive 5G network around, and you’ll only pay a few dollars more per month through T-Mobile than the old Sprint. Plus, you’ll still get benefits like mobile hotspot, Netflix or Quibi and family discounts.

Sprint’s unlimited plans, now under T-Mobile, are the cheapest of all the major carriers and come with perks like Netflix.

Pricing per line plus taxes. All plans include unlimited talk and text. Auto-pay discounts included. Additional fees and terms may apply. As of 10/08/20.

As mentioned above, all of Sprint’s plans include unlimited nationwide talk, text and data. You’ll also get access to a mobile hotspot, with speeds ranging from 3G to 4G LTE, and access to either Netflix or Quibi.

What’s more, Sprint offers deep discounts to members of the military or seniors over 55 years old. There’s also an unlimited plan both for smartwatches and tablets.

Keep in mind that all of these plans’ pricing require new lines and may change in the future (these prices usually stick for about a year and then the promotion ends).

In our review of the best family plans, we chose T-Mobile as the best choice for most people. The third line is free on all of its unlimited plans, so you’ll end up paying significantly less than you would with other carriers. Plus, 5G access is included on all of T-Mobile’s unlimited plans. Here’s how the prices for the cheapest family plans compare across the three carriers:

*For first four lines
Pricing per line plus taxes for cheapest unlimited data plan available. All plans include unlimited talk and text. Auto-pay discounts included. Additional fees and terms may apply. As of 10/08/20.

How do Sprint’s plans compare to other carriers?

As mentioned before, Sprint keeps it simple. And that’s a good thing, most of the time. But sometimes customers like more options. Sprint’s prices and plans compare well overall to its competitors, and they average a bit lower in price, especially the more lines you sign up (four lines of unlimited runs just $100/mo.).

But what Sprint offers in simplicity, it may lack in consumer options. If you are looking for unlimited talk and text, for example, but want to pay less for the limited data you use, there isn’t a clear bargain deal or a pay-as-you-go option. They’re all unlimited.

As our society becomes more and more reliant, especially during the pandemic, on virtual platforms and streaming, this seems to be the wave of the future for most of the major carriers anyway.

Sprint also does a good job offering perks and benefits to our military personnel and seniors, though they do indicate these discounted plans are the first to have issues (read: deprioritized) when the network is having issues. That may lead to speed or connectivity concerns in the long run.

Is Sprint part of T-Mobile?

Yes. Sprint and T-Mobile have merged. Together, they offer nationwide 5G that reaches more cities and towns than any other carrier.

Is Sprint better with T-Mobile?

According to Consumer Reports Reception Scores and other metrics, yes. Sprint raised its profile from Fair to Very Good on multiple counts by merging with T-Mobile. Its J.D. Power customer care score is significantly higher, and its ACSI rating improved as well.

Can I bring my phone with me if I switch to Sprint?

Yes. All you have to do is make sure your phone is compatible, which you can easily and quickly do on the website.