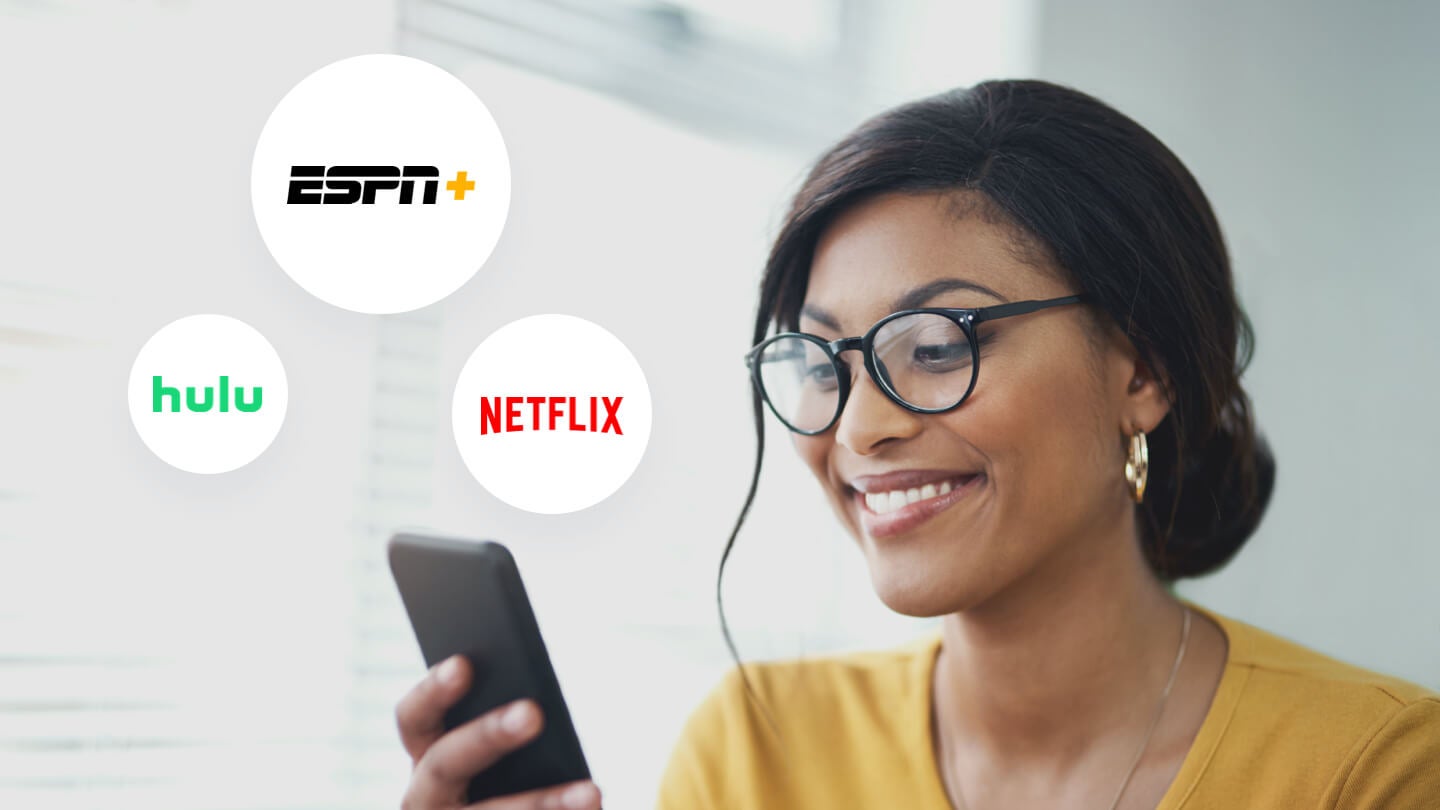 These days, it’s not enough to just offer reliable cellular coverage and discounts on the latest phones. To get your monthly bill, cellphone companies now need to offer a little something extra. Today, that means free subscriptions to streaming services.

But how much are these promotions actually worth? And what hoops will you need to jump through in order to take advantage of them? We combed through the fine print from all of the major wireless carriers to find the best streaming promotions from each provider.

*Two or more lines required for free Netflix subscription
Pricing per month plus taxes for length of contract. Additional fees and terms may apply. Pricing varies by location and availability. All prices subject to change at any time. May or may not be available based on service address. As of 12/10/20.

Free Hulu, Disney Plus, ESPN+ and Apple Music through Verizon

While other cellphone companies offer one streaming service to sweeten the deal, Verizon gives you four. No matter which unlimited plan you choose from the carrier, you’ll get at least two free streaming services. At the top end, you’ll get free subscriptions to Disney Plus, Hulu, ESPN+ and Apple Music for as long as you keep your Verizon plan.

Pricing per month plus taxes for length of contract. Additional fees and terms may apply. Pricing varies by location and availability. All prices subject to change at any time. May or may not be available based on service address. As of 12/10/20.

Verizon’s prices are a little higher than average, but these streaming deals are far and away the most generous that any wireless carrier currently offers. If you sign up for the Get More plan, the streaming services included add up to $23/mo. The second-best streaming value included with a cellphone plan is AT&T’s free HBO Max subscription at $15/mo.

HBO Max costs $15/mo. on its own, making it the most expensive streaming perk included with any wireless plan. AT&T is currently offering HBO Max free with its wireless service, but only on its most expensive Unlimited Elite plan ($85/mo. for one line).

Along with the Unlimited Elite plan, HBO Max is also included on a handful of AT&T plans that are no longer available. If you’ve been grandfathered in on one of the following, you can still take advantage of this streaming promotion:

The Unlimited Elite plan is one of the more expensive unlimited plans around, but it is also one of the most loaded with perks. Along with HBO Max, you’ll also get HD streaming, 30GB of mobile hotspot data per month and Advanced Mobile Security protection through AT&T.

With Netflix recently raising prices to $14/mo. on its Standard plans, this promotion from T-Mobile is even more of a deal. Right now, the carrier is offering free Netflix with two of its unlimited plans. The only catch is that you’ll have to add more than one line to take advantage of the promotion.

If you’re already a Netflix subscriber, T-Mobile will simply send you a URL to link your Netflix account to your T-Mobile account, and start paying Netflix directly within one or two billing cycles. The deal is also open to customers enrolled in T-Mobile’s military and senior plans.

Right now, Boost Mobile is including six months of TIDAL’s HiFi plan — $20/mo. on its own — with all of its monthly plans. TIDAL might not be the most well-known music streaming service out there, but this promotion is nothing to sneeze at. TIDAL specializes in high-fidelity music streaming, which essentially means it sounds a lot better than other streaming services.

On its highest setting, TIDAL streams songs at a bitrate of 1411 kbps — about four times Spotify and Apple Music. This translates to fuller and more immersive sound, particularly if you’re listening on a nice pair of headphones or speakers. And unlike most of the other promotions on this list, you don’t need to sign up for Boost’s most expensive plan to take advantage of it.

Metro by T-Mobile is one of the few prepaid carriers to include free streaming subscriptions as a part of its wireless plans. When you sign up for Metro by T-Mobile’s $60/mo. unlimited plan, you’ll also get a free Amazon Prime subscription. That includes Prime Video, Amazon’s streaming service with Emmy-winning originals like The Marvelous Mrs. Maisel and Fleabag.

But a Prime subscription includes a number of other perks, too. You’ll get free two-day shipping on more than 100 million items on Amazon, access to thousands of Kindle books and unlimited music streaming through Amazon Music. A Prime subscription costs $119/year or $13/mo. on its own.