While few phone numbers flow as well as Tommy Tutone’s “867-5309/Jenny” song, there is a science behind the way we structure our telephone numbers. But, why are phone numbers 7 digits, are area codes necessary and what did you do in emergencies before 911 existed? Here’s the story…

How phone numbers were invented

As more people adopted Alexander Graham Bell’s 1876 invention — the telephone — he realized he had to develop a better way to get connected than by asking for someone by name.

Back in the early days of phone service, you’d have to pick up the receiver, ask the station operator to patch you through to another person, and then wait for your line to be literally plugged into another person’s line.

The phone number soon started as a 4-digit number sequence instead of names. A caller would share the number with the switchboard operator who could switch the telephone line to the corresponding line number.

Why are phone numbers 7 digits?

Beginning in the late 1920s, alphanumeric codes were assigned to the beginning of numbers to help identify geographic locations. Telephone engineers then devised a 7-digit standard in 1931 to expand their pool of possible number combinations. They also used alphanumeric codes as the prefix to individual line numbers.

The alphanumeric codes were based on the local telephone exchange center’s name. The first 2 letters of the city or town’s exchange center name would be translated into the first digits of a telephone number, and the last 5 digits would remain the personal phone line code.

For instance, a phone number may be given as MElrose 4-2829. The first two letters of the exchange center name were capitalized to show which letters to translate to numbers. That meant someone would end up dialing 62, the numbers to match ME, before the personal line number 4-2829.

However, the implementation of the 2-letter and 5 number standard to create 7-digit phone numbers across the U.S. was slow.

Cities across the U.S. transitioned to 7-digit phone numbers with a 2 letter exchange center code and 5 number line code during the 1950s.

The 7-digit format not only standardized exchange center codes and personal phone line codes, but it also made phone numbers more distinguishable from one another and easier to remember. And there’s science behind why.

The magical number 7 (plus or minus 2)

Our short-term memory is a finite resource. Countless psychological experiments have shown that, on average, many of us are limited in terms of the amount of information we can receive, process and remember.

In fact, the longest sequence a normal person can recall on the fly contains about seven items. This limit, which psychologist George Miller dubbed as the “magical number seven” in 1956, explains some of the bounds on our capacity for processing information.

And so, the pattern of using 2-digit and 5-digit sequences combined with rhyming patterns of certain number sequences made for more memorable phone numbers.

The birth of area codes, or why phone numbers are 10 digits today

Eventually, 7 digits also weren’t enough to keep up with telephone number demand. Telephone engineers added 3 more digits to the front of the series of numbers to create the area code as part of the original North American Numbering Plan. The update created an efficient, long-distance calling system.

The prefix area code system and the 3-3-4 dialing scheme developed by AT&T went into effect in 1947 and was first used by telephone operators before becoming the standard for resident phone numbers in the 1950s. The first customer-dialed long-distance call was made in 1951by Mayor M. Leslie Downing in Englewood, New Jersey, as U.S. residents started using 10-digit phone numbers with 90 area codes.

Back then, codes were assigned based on population, and areas with the largest populations received codes that were the quickest to dial on a rotary phone.

States that required more than 500 central phone operator offices were split into multiple areas. Each successive area in the state received its own code with the middle digit being 1 while area codes for entire states kept the digit 0 in the middle.

The most densely-populated cities had area codes with the shortest pulse sequences. For example, while the first area code was 201 for New Jersey and the District of Columbia received the second code of 202, New York City claimed area code 212 with only five pulses making it the shortest of all area codes.

Before 9-1-1 was the emergency number

Of course, there are still some phone numbers that don’t abide by the 7-digit and 10-digit rule. And while 911 was eventually adopted as the standard emergency number in the United States and Canada, this was not official until the late 1960s.

Prior to the 911 emergency system, you’d have to call the operator to summon the correct emergency service. In some states, you’d dial “3-4-7-3,” which spells “FIRE,” to reach your local fire department. In other areas of the U.S., the fire department and police stations had their own 6- or 7-digit numbers just like everyone else.

Even though the standard emergency number was first known as “nine-eleven,” phone companies changed the stylization of it to “nine-one-one” to avoid people wasting precious time looking for the elusive “11” button that never existed.

If you ever hear a phone number on TV or in a movie, you may notice it’s a “555” phone number. Hollywood often uses telephone numbers that start with 555 because most of them were not real phone numbers until 2016.

Beginning in the 1960s, 555 phone numbers were set aside for entertainment and advertising because the 555 exchange center code wasn’t very popular. Why 555 out of all the exchange numbers? Well, 5 corresponds to letters J, K and L on the alphanumeric phone dial. Not very many exchange centers started with those letters, so the 555 code wasn’t used much.

As of 2016, The North American Numbering Plan Administration, which assigns phone numbers, has released all 555 numbers outside of the 555-01XX phone number group to the general phone number inventory.

Not all movies and studios use 555 numbers though. Different production studios buy fake phone numbers to create a more realistic viewing experience. For instance, Universal Pictures owns the number (212) 664-7665 and has used it in a number of its movies. Call the phone number and you’ll hear nothing but endless rings and rings and rings.

So, the next time you pick up your phone to connect with your friends and family both near and far, remember how much this technology has progressed. 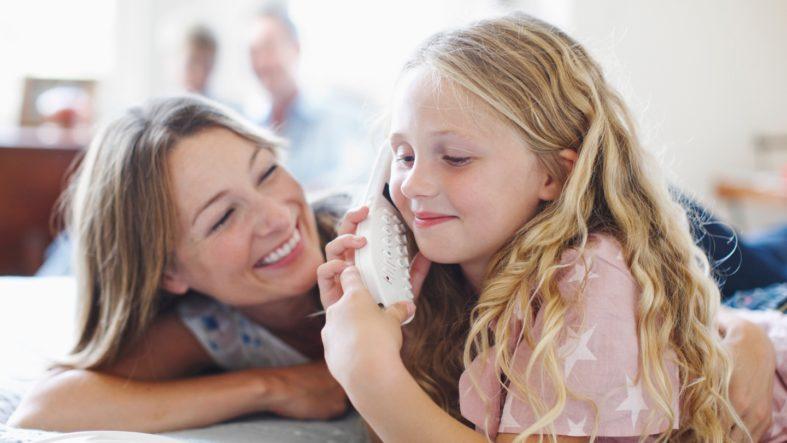 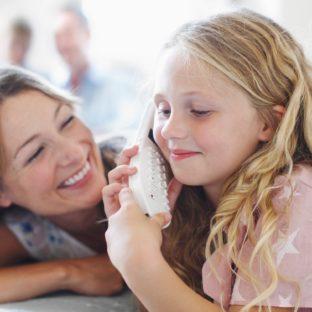 4 great reasons to hang on to your landline phone

The modern home phone has advanced features that integrate with other smart devices in your home. Learn more! Read more 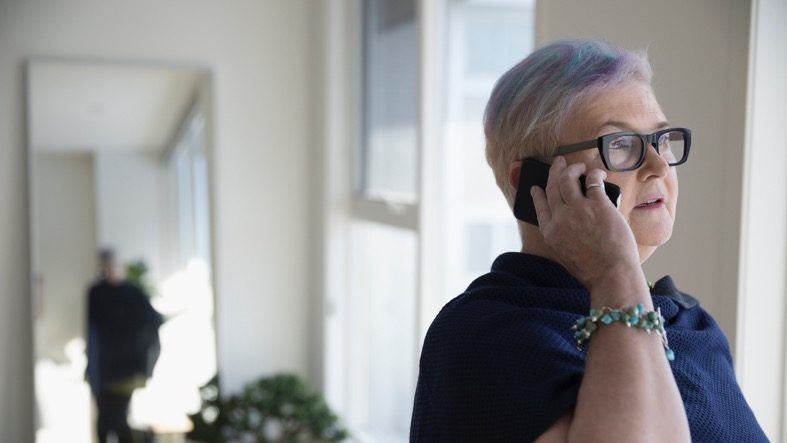 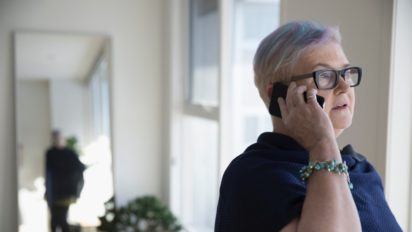 How to make unlimited international calls from your home phone

The phone rapidly become a valuable tool for keeping in touch with international relatives. Here’s what you need to know about international calling. Read more

How to make unlimited international calls from your home phone