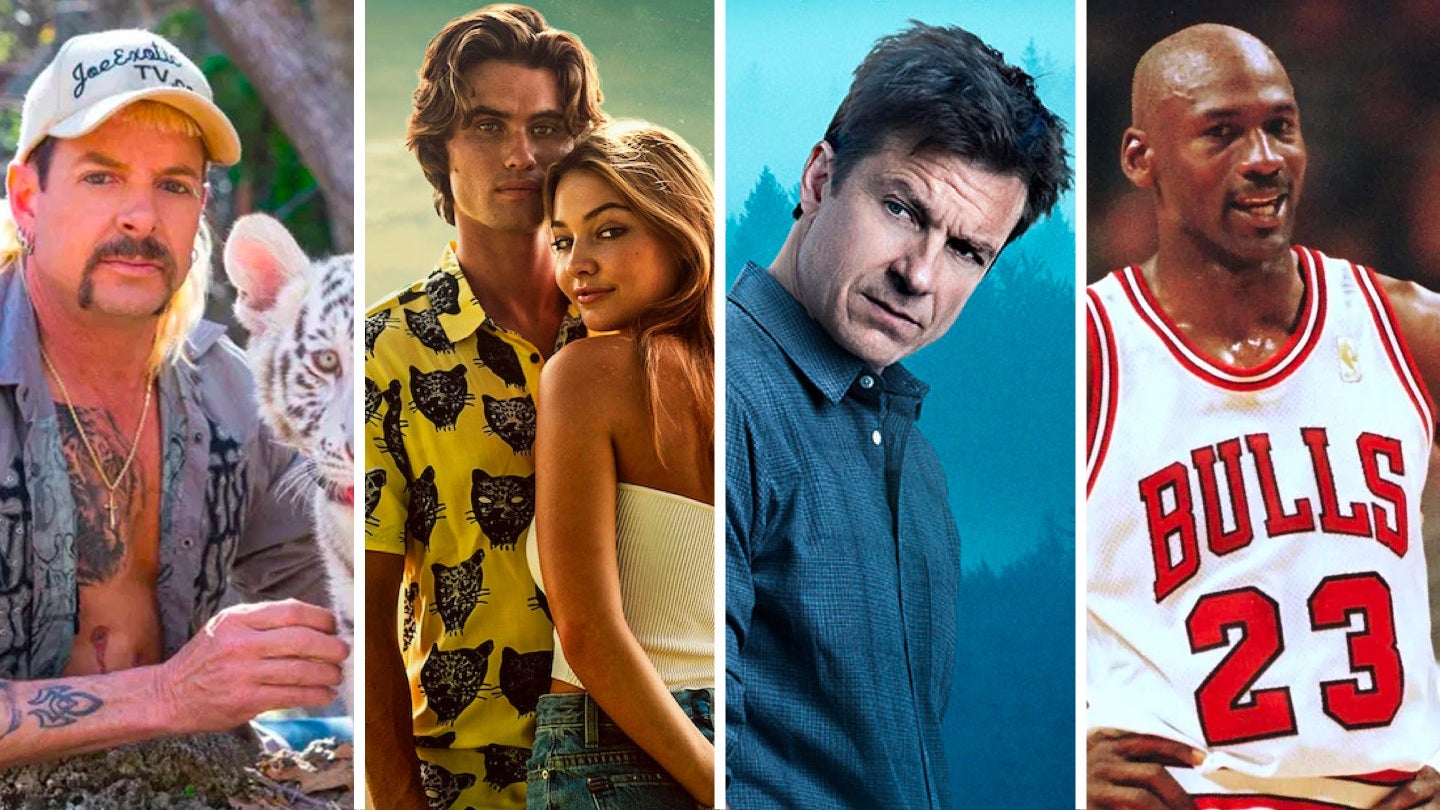 We’ve all been spending a lot of time inside lately. And according to some reports, a lot of that has been spent streaming TV. But as the COVID-19 pandemic extends, you may have burned through the most buzzworthy shows. If you’ve already watched Outer Banks, Tiger King, Ozark and The Last Dance and want more like them, we’ve got you covered. These are some of our favorite shows you should watch next.

If you enjoyed Outer Banks…

Set in the Archie Comics universe, Riverdale is a modern take on the off-kilter lives of Archie, Betty, Veronica and Jughead. The teenage melodrama traces too many mysteries to count over its four-season run; just know that you’ll get the same small-town adventure that made Outer Banks so much fun.

The Society was another immensely popular Netflix original series centered around the lives of teenagers in an isolated community. In this case, the students of West Ham High School return from a canceled field trip to find that the rest of their town has mysteriously disappeared.

If you enjoyed Tiger King…

The show that somehow manages to top Tiger King for sheer weirdness, Don’t F*** with Cats follows a group of internet sleuths determined to hunt down a man who posted a video online of himself murdering two kittens. Saying any more would give too much away, but it somehow manages to get even darker from there.

If you thought the most interesting part about Tiger King was the bond between the characters and the dangerous animals that obsessed them, Grizzly Man takes you even deeper into that relationship. This riveting documentary from Werner Herzog is pieced together from Timothy Treadwell’s actual footage of his time living among grizzly bears in Alaska.

The Jinx: The Life and Deaths of Robert Durst

While Joe Exotic and New York real estate heir Robert Durst could hardly occupy more different worlds, their stories both feel stranger than fiction. And in the case of The Jinx, the film itself becomes a part of the story in the jaw-dropping final episode.

If you enjoyed Ozark…

A man wakes up to find the woman he spent the night with stabbed to death. Fans of Ozark will appreciate the rich craft and indelible performances from John Turturro and Riz Ahmed in this HBO mini-series.

Bloodline trades Ozark’s Missouri mountains for the sunny Florida Keys, but the Netflix original series retains all of its dark intrigue. Starring Kyle Chandler and Chloë Sevigny, the show follows a family whose dark history is dredged up when their black sheep brother returns home.

Based on a podcast of the same name, Homecoming shares Ozark’s moody and gripping aesthetic. The Prime Video original series stars Julia Roberts as a former caseworker for a facility that helps soldiers make the transition back to civilian life. But when a Department of Defense auditor begins questioning her about her time, she realizes there may have been more to her job than she understood.

If you enjoyed The Last Dance…

In many ways, The Last Dance is a sort of extended 30 for 30 episode itself. ESPN’s iconic documentary series started in 2009, and produced 100 full-length films in total, covering every corner of the sports world. They’re all available to stream on ESPN+ right now for $4.99/mo.

Not sure where to start? O.J.: Made in America is one of the most acclaimed entries, earning ESPN an Academy Award for Best Documentary. And if you’re looking for even more NBA content after The Last Dance, we recommend checking out Jordan Rides the Bus, No Crossover: The Trial of Allen Iverson and Winning Time: Reggie Miller vs. the New York Knicks.

You might say that Alex Honnold is the Michael Jordan of rock climbing — if every shot Jordan missed meant he’d plummet to his death. Free Solo follows Honnold as he attempts the most monumental feat in the sport’s history: scaling Yosemite’s El Capitan without a rope. The film won the Academy Award for Best Documentary in 2019.

The story of two inner-city high school basketball players, this seminal sports documentary won the Audience Award for Best Documentary at the 1994 Sundance Film Festival, and it’s only grown more beloved in the years since.

Looking for even more binge-worthy movies and TV shows? Our Allconnect staff put together some of our favorite quarantine picks for you to enjoy. You can also find more of the latest streaming news on our Resource Center, or by following our experts on Facebook and Twitter.