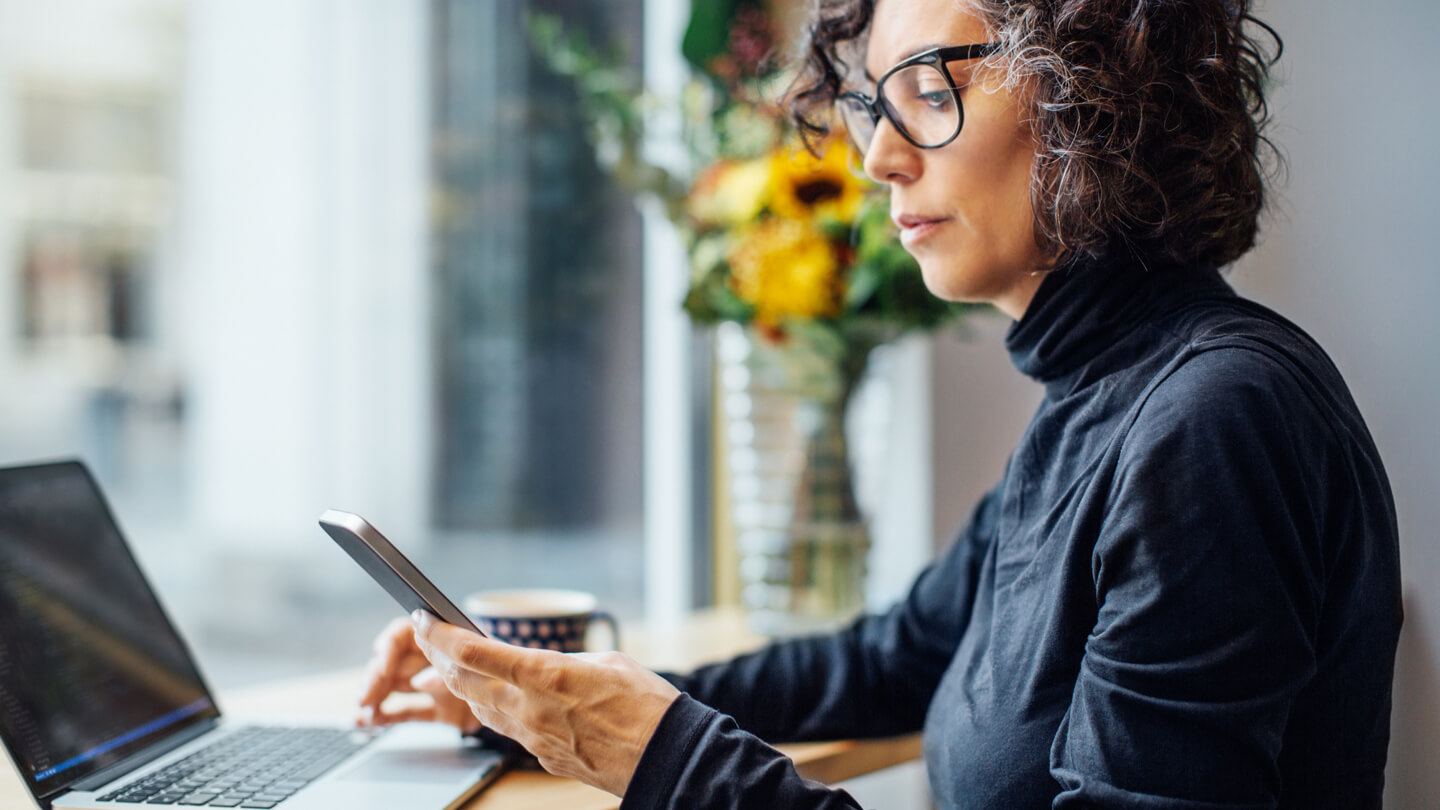 CDMA means “Code Division Multiple Access,” and is a term used to describe a type of cellphone service technology. When mobile phones first took over the market in the ‘90s, CDMA and GSM network technologies were the most widely used in the U.S.

These two network types compete with one another. For this reason, you may have been told in the past that you can’t use a certain type of cellphone with your network provider. That’s because CDMA carriers and GSM carriers use different technologies that are not compatible with one another.

This technology uses what’s known as a “spread-spectrum” technique. This allows electromagnetic energy to spread, enabling a stronger signal with more bandwidth. Simply put, it’s what allows several people on the same network to make phone calls and use the internet simultaneously. CDMA technology — like that used by Verizon — separates data and voice packets using codes, transmitting them to a wider frequency range to allow more space for data. That’s how the Verizon network became the gold standard for 3G high-speed mobile internet when cellphones first became popular.

Which networks are CDMA?

The following networks use CDMA technology to provide wireless service in the U.S.:

Because CDMA is largely owned by Qualcomm, most other places in the world rely on GSM network technology. It’s less expensive for third parties to build GSM equipment since the technology isn’t owned by a single company. Providers that use GSM technology include AT&T and T-Mobile.

One of the biggest differentiators between GSM and CDMA networks is that GSM phones have removable SIM cards to store user information while CDMA networks verify this same information through the carrier’s server. With the GSM method, SIM cards can be swapped out between devices and across networks that use GSM technology. For example, if you have a GSM phone with AT&T, you could remove that SIM card and place it into a different GSM phone on a T-Mobile network without issue.

Because CDMA phones typically do not use SIM cards, and because they are incompatible with the GSM network, this can make changing phones and networks both difficult and expensive. For instance, someone with a Verizon phone wouldn’t be able to use it on a T-Mobile network. Some CDMA phones use SIM cards to satisfy the LTE standard or to accept foreign GSM networks.  However, CDMA technology is still used to store user data and information.

How to tell if you have a CDMA phone

It’s fairly simple to determine whether or not you have one — If your phone doesn’t have a SIM card, it’s a CDMA phone. Likewise, if your device operates on the Verizon or Sprint network, it’s most likely a CDMA phone. You can also check to see what type of phone you have by referring to its settings using the following steps:

Users can also Google their phone model number to determine the type.

Want more information on wireless technology and cellphone providers? Check out our Resource Center for all the tech news you need.