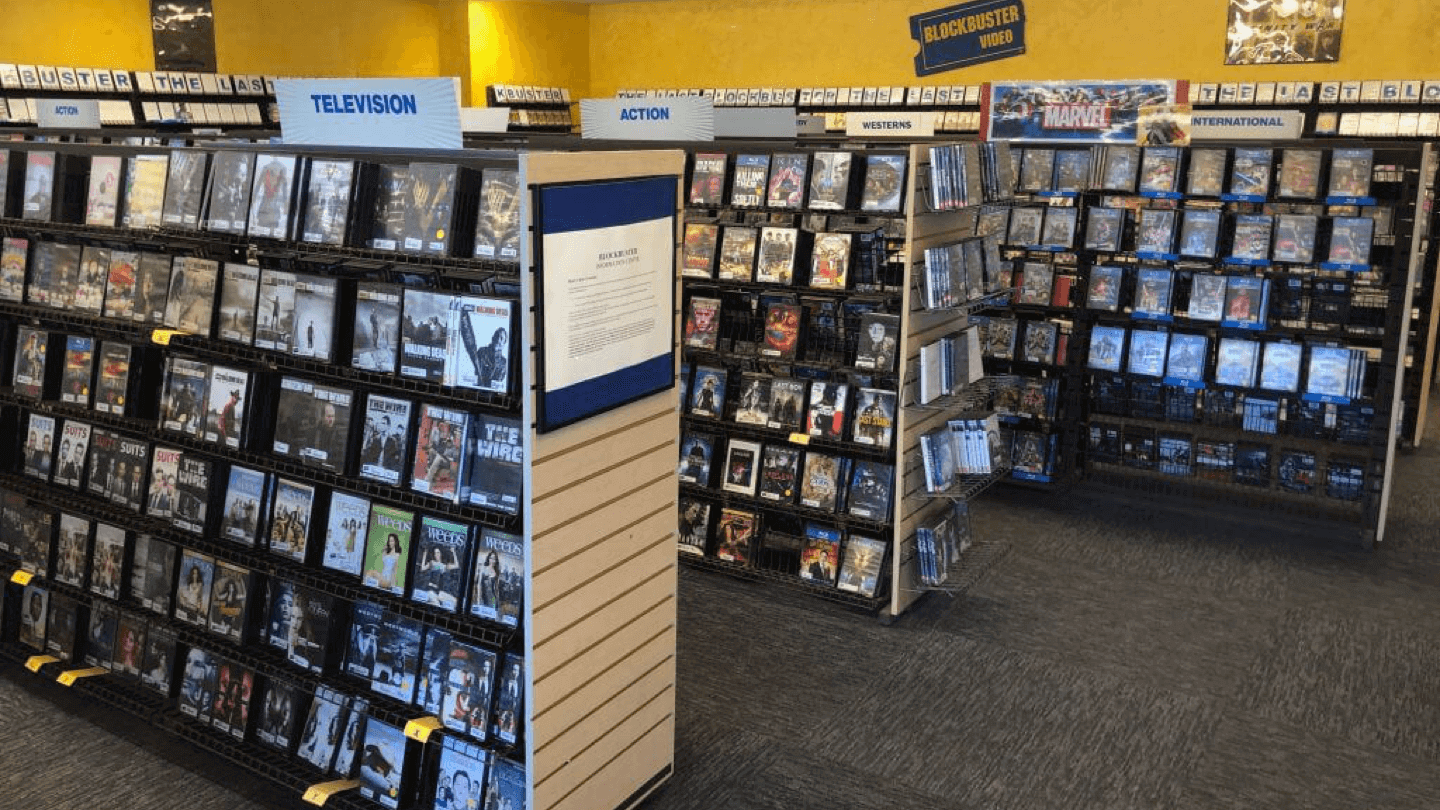 On Sept. 18, the last remaining video rental chain, Family Video, announced that it would be closing around 200 stores in the Midwest — roughly half of its remaining locations. In recent years, the company tried everything from partnering with pizza chains to selling CBD to stay afloat. When the COVID-19 pandemic struck, it even launched a telemedicine program called FamilyPerx that allowed customers to consult with a doctor virtually.

These closings are just the latest chapter in a long story of decline for the video store industry. In 2000, there were 27,882 video rental stores in the U.S. Today, that number is around 300, according to an Allconnect analysis. While the video store clerk was once an iconic figure in American culture, the job is virtually nonexistent now. From 2007 to 2016, no other industry shed a larger share of employees than video rentals.

At its peak, Blockbuster employed 60,000 people at 9,000 stores around the world. Today, there’s only one Blockbuster still standing in Bend, Oregon, which has had to find creative ways to survive streaming and the COVID-19 pandemic. It recently became available on Airbnb for a 90s-themed sleepover weekend.

“The longer it goes on, the more stress there is for everyone, and the more I’m like ‘Oh gosh, can we really sustain this?’” the Bend store’s longtime general manager Sandi Harding, told VICE. “But we’re still making plans and pushing forward and we’re the last one for a reason. We don’t go down without a fight. So we’re going to keep fighting for a while.”

The reasons for the industry’s decline are obvious — the rise of streaming services precisely mirrors the decline of video stores — but they hide another trend. As the rental chains like Blockbuster and Hollywood Video folded, devotion to the remaining mom-and-pop shops grew. From Seattle’s Scarecrow Video to Atlanta’s Videodrome, a number of stores have found a way to survive in a streaming-dominated world.

It seems hard to believe that there’s anything you can’t find streaming, but many movie fans will tell you they leave a lot to be desired. Some customers relish the access to rare and out-of-print titles that specialty video stores provide. Others just like to look for a movie without a streaming algorithm’s thumb on the scale.

“People are really reigniting the pleasure of browsing with physical items and not staring at a screen, not hunched over, scrolling, clicking,” Eric Hatch, one of the founders of Baltimore’s Beyond Video, told CGTN. “There’s something that feels kind of deadening and stultifying about that experience, I think.”

There’s also the nostalgia factor. For many, wandering the aisles of a local video store is a reminder of why they fell in love with movies in the first place.

“I remember when the video store closed in the town I grew up in, and how sad I felt at the time,” said Tyler, a regular at Seattle’s Scarecrow Video. “Walking into Scarecrow for the first time brought back all those memories — just looking at these crazy covers and wondering what that movie might be like.”

Outside of bigger cities, video stores are still one of the most reliable ways to see the latest movies. 33 million Americans don’t have a home internet connection, and another 8.4 million use satellite internet, which often comes with data caps that make streaming impractical.

In these areas, movie fans often use Netflix’s DVD-by-mail service, a local Redbox or video store to rent movies. In recent years, that share has started to favor the red vending machines outside grocery stores and Walmarts. Redbox has more than 40,000 kiosks around the country, each of which holds more than 600 DVDs. According to 2019 data from The Digital Entertainment Group, it accounted for 61% of the DVD and Blu-ray rental business.

Do you still use your local video store to rent movies? Let us know on Facebook or Twitter, and bookmark our Resource Center to see more of our latest stories on the industry.