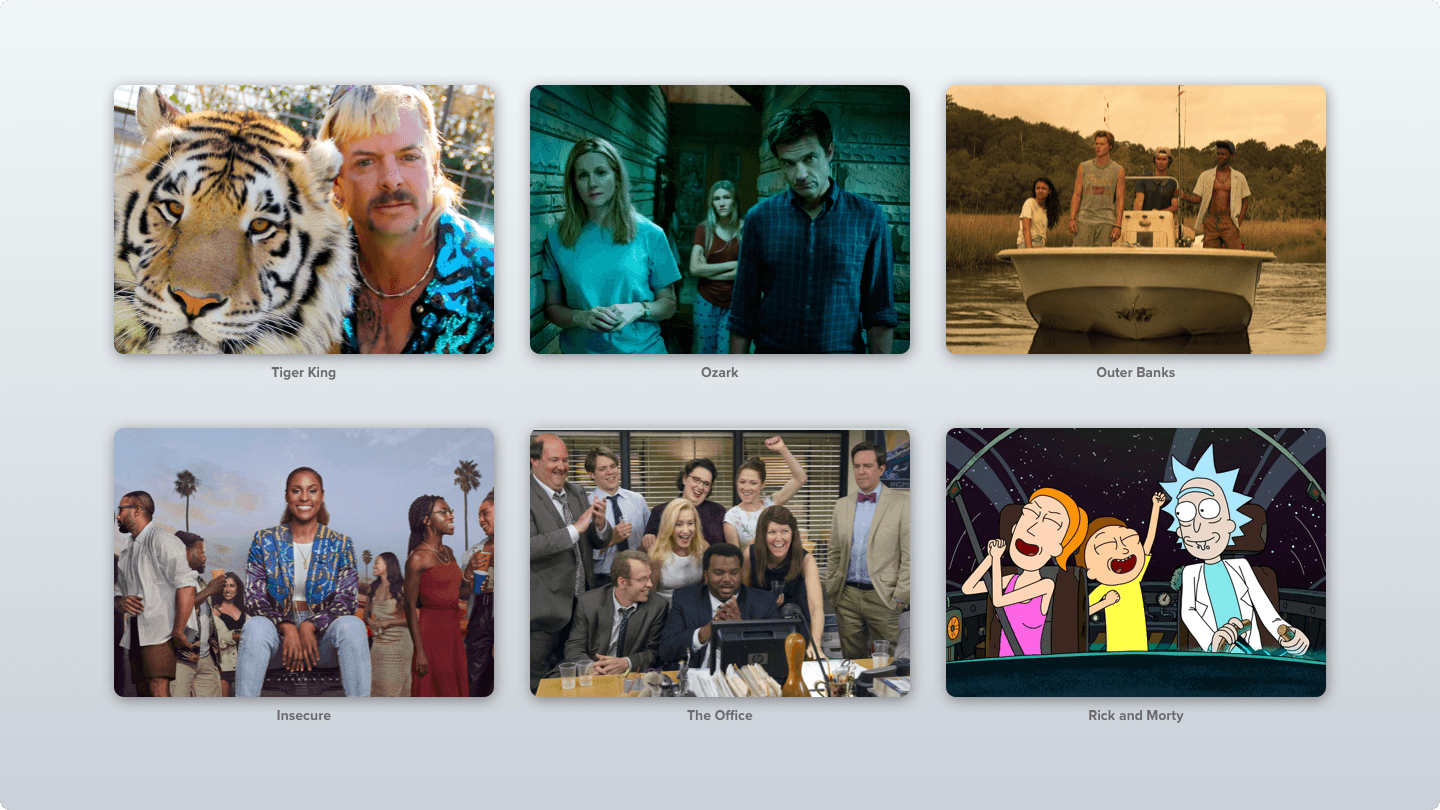 On March 12, 2020, the NBA officially announced the indefinite suspension of the 2019-20 season due to the COVID-19 outbreak. A flood of suspension announcements from various leagues followed suit around the same time that nonessential companies sent employees home to work and schools transitioned to online platforms for the foreseeable future.

Entertainment and food industries rushed to enforce measures of their own (many also resulting in temporary shutdowns). State governments put into place statewide quarantine mandates with instructions to “shelter in place” and to only leave for absolutely essential items.

Tiger King and Ozark to the rescue

With nothing to do and nowhere to go, many turned to their favorite streaming services like Netflix and Hulu to pass the time — about eight hours a day on average, to be exact.

Enter, Tiger King: Murder, Mayhem and Madness, the bizarre docuseries following Joe Exotic and his career-long feud with fellow big cat handler, Carol Baskin. The eight-episode limited series made its Netflix debut a week after the NBA shutdown and just in time to captivate the nation.

Season three of the popular Netflix original, Ozark, premiered shortly after (March 27) teaming with Tiger King to dominate U.S. viewership during the early weeks of quarantine. According to Nielsen’s subscription video on-demand (SVOD) Content Ratings, Tiger King averaged a daily minute audience of over 1 million by day three and 4 million by day nine on the platform.

Backed by successful first and second season runs, season three of Ozark drew an average minute audience of 8.7 million viewers during its first 10 days. This is double the viewership of season two’s first 10-day stint, no doubt thanks to stay-at-home orders.

Aside from Tiger King and Ozark, the pandemic has given streaming viewership a huge lift overall, but what else are people watching to fill their free time? We break it down by state and discuss why these titles have been so successful during this time.

What are the states watching?

Tiger King and Ozark took the top two spots in nearly every state, but what else are the people watching? Select a state to see the top five most popular shows in each state.

Filmed in Charleston, SC, Outer Banks was the third most popular show in 30 states and was most-watched in North Carolina, South Carolina and Virginia. The teen melodrama follows John B. and his gang of Pogue friends as they hunt for $400 million in lost gold.

Set in North Carolina’s Outer Banks, the “Goonies and The O.C.” blend was not only a hit in the surrounding areas but the entire eastern United States.

From love triangles to a high stakes spear fight in the middle of the ocean, Outer Banks is escapist TV at its finest. Whether you’re looking for a quick, one-day binge or something pleasant to play while you’re cleaning out your closet, Outer Banks is fun, light and quarantine-approved by most of the U.S.

The animated series Rick & Morty took a top spot in Alaska and it’s easy to see why. Cartoons geared toward adults are infamous for taking real-world situations and adding a comedic spin. This Adult Swim series does just that as viewers get to watch eccentric, alcoholic scientist Rick and his fearful grandson Marty battle aliens, manipulate timelines and save the world on more than one occasion.

When they weren’t catching up on Ozark or trying to figure out if Carol Baskin really killed her husband, the Western and Northwestern states were watching reruns of The Office. This ranking comes as no surprise as the ensemble comedy earned most-watched show on Netflix in 2018 and 2019, according to data compiled by Nielsen.

Series that concluded before 2020 like Parks & Rec, Friends and Games of Thrones also earned spots as the most popular and streamed in the U.S. during the COVID-19 pandemic.

The psychological benefits of watching reruns

As streaming continues to be one of the most popular activities during quarantine, we expected new shows to dominate our list of most popular viewing options. But old favorites like The Office, Friends and Parks & Recreation hold four out of 13 top spots although they’ve stopped airing new episodes. In fact, a top contender, Friends, aired its last new episode in 2004!

A 2012 study by The University of Chicago Press examines these “reconsumption” patterns and explains how watching reruns of TV shows can positively affect the brain by boosting happiness and providing comfort.

“Whether regressive, progressive, reconstructive, relational or reflective, reconsumption is a petition, a form of actively seeking a way of asking for something from the past, a way of becoming rather than returning,” said study authors, Cristel Antonia Russell and Sidney J. Levy.

A similar study by research scientist, Jaye Derrick, and team at the University of Buffalo’s Research on Addictions found that viewers become rejuvenated when indulging in “familiar fictional worlds.”

“Television, movies and books can be more than leisure activities; in some cases, they fulfill needs, like restoring self-control,” Derrick concluded.

A longing for self-control and familiarity are feelings that resonate with many as the country navigates the COVID-19 pandemic. With many public restaurants and activities closed for business indefinitely, consumers are looking for ways to fill their spare time in the seemingly endless libraries of streaming services.

It just so happens that the Western and Northwestern regions of the U.S. are looking no further than their “Continue Watching” and “Watchlist” categories.