The average American spends $107 per month on TV.

Whether it’s those high prices, the inflexible cable contracts or the gobs of channels you pay for but never watch, many viewers are now looking into cutting the cord.

The evidence says that people who’ve cut the cord don’t regret it, either. According to the American Customer Satisfaction Index, 76% of consumers are satisfied with their streaming services, compared with only 62% for TV providers, the lowest-rated industry in the report.

The bottom line: no matter what you want to watch, you can now get it without going through the cable companies. Here’s what you need for cutting the cord for good.

Here’s what you’ll need to get started

If you cancel your cable or satellite TV service, your home internet connection is going to have to do a lot of heavy lifting. Streaming services and devices will depend on your home Wi-Fi to deliver your entertainment. If your network isn’t ready for that kind of activity, you’ll experience a lot of buffering and spotty performance. If it’s available in your area, we recommend switching to a fiber-optic or cable internet provider as these connection types historically offer faster speeds.

Every streaming service lists different internet speed requirements for seamless viewing, but the FCC recommends 5-8 Mbps for HD video and 25 Mbps for 4K. Keep in mind, though, that number will need to go up for every device that’s using the connection at one time. For example, if you’re streaming in 4K on two TVs simultaneously, you’ll need at least 50 Mbps.

When evaluating the internet speed you need for cutting the cord, be sure to account for all internet-connected devices and activity in your household, including smart-home technology, mobile devices and casual browsing. The more users and devices that utilize your home Wi-Fi, the more bandwidth you’ll need to maintain a high-quality connection.

How much data does streaming use?

If data caps are included in your internet plan, be aware that streaming can eat up a lot of data. According to Netflix, “Watching TV shows or movies on Netflix uses about 1 GB of data per hour for each stream of standard definition video, and up to 3 GB per hour for each stream of HD video.” If you’re only relying on your internet to watch TV, expect to use a lot more data.

According to Charter Spectrum’s CEO, internet-only customers use about 400 GB per month, compared to only 200 GB for TV and internet subscribers. For more information, check out our guide to managing data caps once you cut the cord.

If you’re going to be cutting the cord, you’ll need a reliable option for streaming video onto your TV. The most popular way to do this is through the apps built into your TV.

If you’ve purchased a new TV in the past decade, it’s probably a “smart TV” — that is, it has the ability to stream apps like Netflix and Hulu. Gaming consoles like Xbox One and PlayStation 4 are a popular option, as well. On both smart TVs and gaming consoles, the apps you’ll be able to use will generally be more limited. Because PlayStation, for example, has its own streaming service, it doesn’t support any of its competitors on its console.

If your smart TV or gaming console are missing some of the streaming apps you want — or if you just want a better hub for all your streaming options — it’s worth investing in a streaming device like Fire TV or Roku. These cost around $50, plug into your TV’s HDMI port, and let you stream just about any app imaginable.

Another option is to simply connect your laptop to your TV using an HDMI cable. This is a fairly high-maintenance route — you’ll have to get up and go to your laptop to change what you’re watching — but you won’t have to pay more than $10 for a quality HDMI cable.

If you’re serious about saving money on TV, an HD TV antenna is a must-have. It will take a bit of research and effort to find the right one for your home, but the returns are worth it. You’ll get all of your local channels — including ABC, CBS, Fox and NBC — in HD without paying a dime. These are by far the most desired channels in cable packages, and they’re the ones that carry the must-watch TV events of the year like the NFL playoffs, Oscars and NBA Finals. In fact, out of the top 50 most-watched telecasts of 2018, all but six were available through a TV antenna.

Whether you need an outdoor antenna or indoor depends on your home’s specific location. For more information, check out our guide to choosing a digital antenna.

Once you have the basic ingredients in place for cutting the cord, you’re ready to start choosing things to watch. You’ll have plenty of options here, many of them completely free, and others that, if you’re not careful, could end up costing more than your cable bill.

Think of a live TV streaming service as a cable replacement for (hopefully) a fraction of the price. You pay a monthly fee to live stream the network and cable channels you love. Most of these offer a number of perks like simultaneous streams (so everyone in the house can watch their own shows), DVR storage and plenty of on-demand content.

Most live TV streaming services cost around $50 per month, but there is a lot of variance. You can get skinny bundles like Philo and AT&T Watch TV for as low as $15 per month, but you won’t get any news or sports channels (i.e. the stuff most people want live TV for). On the higher end, you can pay as much as $135 per month for DIRECTV NOW’s Ultimate package.

If you want to keep up with live sports — and particularly your local NBA, MLB and NHL teams — you’ll need a live TV streaming service. If you’re not a sports fan, it’s probably not worth the money.

The month-to-month nature of live TV streaming services is also attractive for a lot of viewers. If you’ve been locked into cable contracts and their erratic promotional pricing, being able to get TV without a commitment can be really appealing.

Think Netflix and Hulu — the ones we usually mean when we say “streaming service.” They have thousands of movies and TV shows in their libraries — both original and licensed from TV networks — and they’re available to stream whenever you want.

While Netflix, Amazon and Hulu are the names that dominate the discussions, there are more than 200 on-demand streaming services available in the U.S., with many serving niche audiences like horror or arthouse fans.

Most streaming services cost about $10 per month, but again, there’s a lot of variance. Netflix, for instance, costs $9 per month for its SD plan, $13 for HD and $16 for 4K. Similarly, Hulu has two plans to choose from: $6 per month with commercials and $12 without.

Just about everyone. In fact, according to research from Deloitte, more Americans now subscribe to a streaming service (69%) than a traditional pay TV subscription (65%). No matter what kind of movies and shows you like, there’s a service out there for you.

The only thing they’re not good for? Live content. If you want to watch live sports or awards ceremonies, you’ll have to add a TV antenna or live TV streaming service.

Locast.org is a not-for-profit service that allows viewers to stream their local broadcast stations over the internet. Think of it like a TV antenna through the internet.

Unfortunately, Locast.org is currently only available in 11 cities:

Locast.org can be accessed through an internet browser on a laptop, PC, tablet or phone. It’s also compatible with the four most popular streaming devices: Amazon Fire TV, Roku, Google Chromecast and Apple TV.

Nothing. Locast.org is completely free to use wherever it’s available.

Anyone who wants to get their local broadcast stations without paying for cable or setting up a TV antenna. You’ll get most major sporting events, awards shows and local and national news shows.

With the overwhelming amount of paid TV streaming options currently on the market, a number of free, ad-supported services have popped up for the cost-conscious consumer.

Some free streaming services, like Hoopla and Kanopy, work with your local library to provide a set number of rentals per month, but most rely on commercials.

You’ll obviously find a lot of obscure titles in these libraries, but we were surprised by how many quality movies and TV shows were also available. If you don’t want to spend money on a streaming service, you could easily make do with these free options.

Nothing. For Hoopla and Kanopy, you’ll need a library that participates in the service’s program, and they’ll generally limit the number of titles you can rent each month. For the rest, all you’ll need is the patience to sit through some commercial breaks.

Anyone, but especially those looking to completely eliminate their cable bill. Free streaming services can be a great supplement or replacement to paid services like Netflix.

How much will cutting the cord save you?

According to Leichtman Research Group, the average monthly spending on TV in the U.S. is $107 per month. (Granted, that number includes popular cord-cutting options like Netflix, but it’s still a useful reference point.) Combined with an average $60 per month for broadband internet, that’s $167 Americans are spending on internet and TV each month.

The potential for savings is huge. Let’s look at a typical cord-cutting package for a sports fan:

After the upfront cost of the TV antenna (equivalent to the cost of a cable installation fee), you’d be left paying $44 per month on all of your TV subscriptions — less than half what the average American is currently paying. What’s more, you have the flexibility to cancel whenever you want, compare services and tailor your selections to your unique tastes. 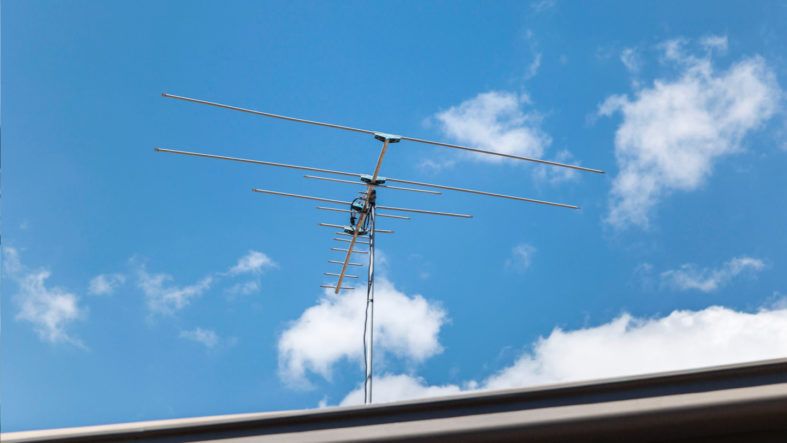 Considering an outdoor TV antenna? Here’s what you need to know! 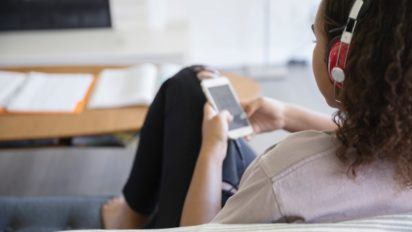 Mind the cap: A cord cutter’s guide to streaming with a data cap

Cutting the cord doesn’t always mean no strings attached. Learn how to manage data usage when streaming is your primary source of entertainment. Read more

Considering an outdoor TV antenna? Here’s what you need to know!

Mind the cap: A cord cutter’s guide to streaming with a data cap