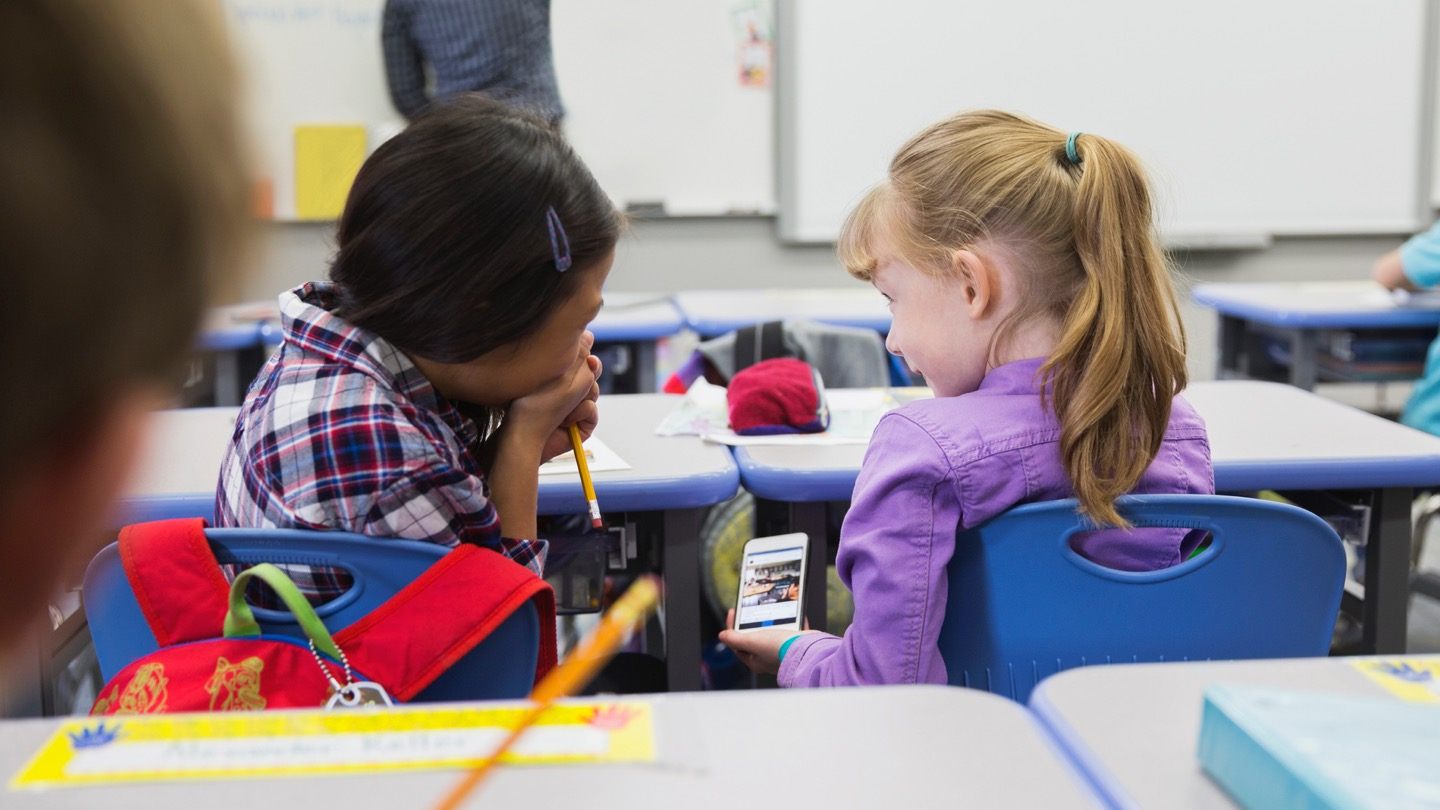 Today, for most parents it’s no longer a question of if you’ll get your child a cellphone, smartphone or tablet, but when.

Experts and parents alike, though, have been divided on what is the right age to give your child a smartphone. Although the World Health Organization (WHO) has guidelines on recommended screen time for kids, there’s no long-term research yet on the effect of mobile phones on children or risks of prolonged screen time.

If you’re concerned about what age a child should get a cellphone or smartphone, here’s what the research has to say.

What’s the difference between a smartphone and a cellphone? A cellphone generally only allows you to call and text, while a smartphone can access the internet, therefore making it capable of downloading apps and browsing the web like a mini-computer.

How common are smartphones?

As of 2018, the majority of Americans (96%) own a cellphone, according to Pew Research Center data. But where mobile devices have seen the most growth is in the rise of smartphones.

“In 2020, the number of global smartphone users is projected to total 3.5 billion, marking a 9.3% increase from 2019,” according to Oberlo. “The current global population of 7.7 billion people means the smartphone penetration rate is at 45.4%. In other words, more than four out of every 10 people in the world are currently equipped with a smartphone.” And, “as expected, smartphone ownership is significantly higher across advanced economies including most European countries and the U.S., Australia, South Korea and Japan.”

What’s the average age that kids are getting cellphones?

The majority of children own a mobile phone by the age of seven,” according to a survey by Childwise of over 2,000 U.K. youngsters ages 5-16 years old, as reported in The Guardian. “Overall, children spend about three hours and 20 minutes each day messaging, playing games and being online.”

When is the right time to get your child a smartphone or tablet?

There are a few different theories about kids and cellphones. Here are some of the most popular.

As we can see, it really depends on your family situation and your child. If you feel your child is responsible enough or there’s a family need for everyone to be connected, then the right time for your kids to have a smartphone may be sooner than other families — or it may be later.

The most important things to keep in mind are to:

Some wireless providers, such as Verizon, even have plans specifically for kids that allow you to monitor contacts, data usage, set filters and more. Similarly, AT&T offers its Secure Family App to let you track your kids’ locations, limit internet access and even pause your kids’ Wi-Fi access from your phone.

Not sure what cellphone to get for your kid? We picked out the best cellphones for kids of all ages.

Stay in the know with all things wireless by following the Resource Center. And, check out the most up-to-date cellphone plans and deals while you’re at it.

Erin Gobler is a personal finance writer based in Madison, WI. She writes about topics including budgeting, student loans, credit, mortgages, investing, broadband and insurance. Including Allconnect.com, her wor… Read more