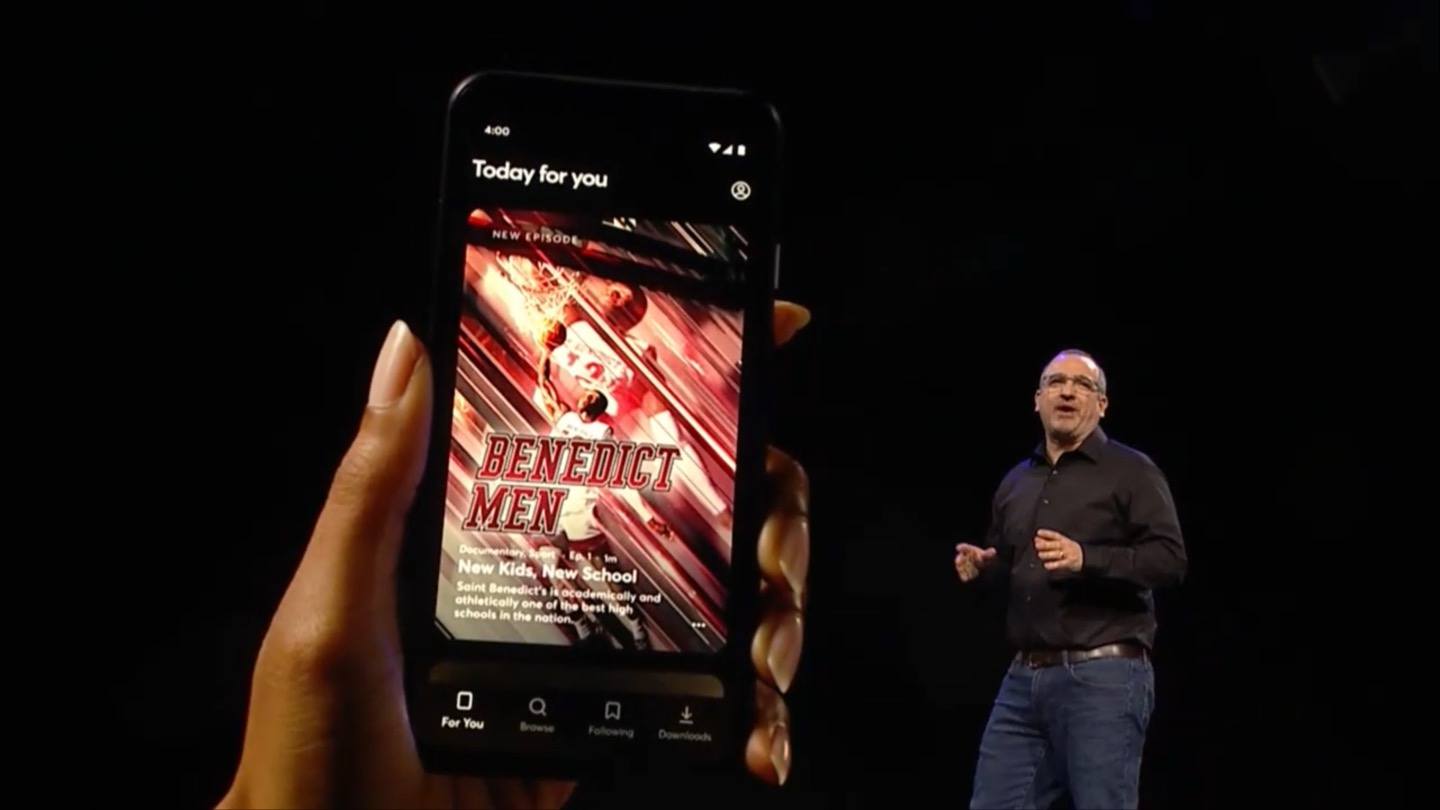 It has been one of the most talked-about, but most secretive streaming services around.

Quibi CEO Meg Whitman, who previously ran HP, and founder Jeffrey Katzenberg, one of Hollywood’s biggest business moguls, took to the stage at the Consumer Electronics Show in Las Vegas to give the first glimpse of the mobile-only streaming service.

The company has signed up an astonishing lineup of Hollywood stars and directors to back the service, including Kevin Hart, Kiefer Sutherland, Emily Mortimer, Lorne Michaels and Seth Myers, Chrissy Teigen, Idris Elba and Lena Waithe.

It will also bring back shows such as Punk’d, along with new shows developed for the service.

The content, aimed at millennials, ranges from scripted, fictional series to news and sports highlights. Overall, 175 shows will be featured, including news from the BBC, Telemundo, The Weather Channel and TMZ.

“Today we are living in another revolution in entertainment — through our mobile phones,” said Katzenberg.

In 2012 the average consumer was watching seven minutes of video on the go every day — which rose to 80 minutes last year, he said.

“We want to tell big stories in small bites.”

Users will be able to watch videos in either portrait or landscape mode using a new technology, called Turnstile, the firm has developed. This gives directors the ability to control what viewers see in each mode, allowing them to show different views depending on how the phone is being held.

They will choose things to watch by swiping through shows, and AI will learn what users want to watch at different times of the day. Users can also easily move through segments in news shows, for instance.

Users will be able to download shows as well.

Meg Whitman said the key to Quibi is bringing together Hollywood and Silicon Valley.

“We want to create an experience for those in-between moments each day.

“We are not just shrinking TV onto a phone.”

She said one of the inspirations behind the project was a chat with Steven Spielberg, who is using the service to create a horror show only viewable after dark, using the phone’s sensor to know what time it is.

The firm has already sold its entire first year of advertising, Whitman revealed, with companies such as Pepsi backing the service.

It has also signed up T-Mobile as its primary telco partner, who hopes the service will help boost usage of its 5G network.