Updated 10/29: PlayStation Vue service will be discontinued starting on January 30, 2020. For more information as well as other streaming services to consider, please visit our announcement post.

PlayStation Vue review: channels, price & everything you need to know

PlayStation Vue is available in four different packages ranging from $50 to $85 per month.

Pricing per month plus taxes for length of contract. Additional fees and terms may apply. Pricing varies by location and availability. All prices subject to change at any time. May or may not be available based on service address. As of 08/19/19.

To get a complete listing of the channels in your specific area, enter your ZIP code on PlayStation Vue’s website.

What channels is PlayStation Vue missing?

While PlayStation Vue has a high number of channels in its plans, those numbers are inflated by some pretty niche content. (BabyFirst is strictly for infants, for example, while Law & Crime is dedicated to live courtroom coverage.)

When compared with other live TV streaming services, PlayStation Vue’s channel selection is fairly mediocre overall. The only service it has a definitively better channel selection than is AT&T TV NOW, which includes HBO in all of its plans as a bit of a trump card.

To gauge the quality of each service’s channel lineups, we utilized a survey from TiVo that asked over 3,000 respondents which channels they wanted most in a TV package. Here’s how PlayStation Vue stacks up to its competitors.

Pricing per month plus taxes for length of contract. Additional fees and terms may apply. Pricing varies by location and availability. All prices subject to change at any time. May or may not be available based on service address. As of 08/19/19.
*According to TiVo’s survey of 3,330 adults on which channels they’d want included in an à la carte pay-TV package.

While PlayStation Vue has fewer channels in the top 25 than Sling, Hulu and fubo, those channels might not be as important to you. In general, most of these services share a lot of the same lineups. Which one is best for you comes down to a few key choices. Do you need sports channels? Is national news important to you?

Here’s how each service compares when it comes to some of the most popular channels:

Most live TV streaming services offer a number of add-ons to their core packages, and PlayStation Vue is no exception. Its Sports and Español packs provide a lot of value for the price, while HBO and Showtime aren’t discounted at all. You can bundle some add-ons like HBO and Cinemax at a discount, but for the most part, these channels aren’t much of a deal.

Is PlayStation Vue good for sports?

PlayStation Vue is the best live TV streaming service for sports fans, bar none. That’s because it excels in the area that matters the most: live games. Starting with the $55/mo. Core plan, PlayStation Vue offers an unmatched combination of local and nationally televised live sports.

PlayStation Vue is the only live TV streaming service that allows you to watch every nationally televised game from the NFL, MLB, NBA and NHL. It also has virtually every channel that airs live college games, missing only the ACC Network and Pac-12 Network. If these are must-haves for you, fuboTV is the only service with Pac-12 and Sling is the only one with ACC.

You will need to upgrade to the Core plan for $55/mo. to access all the sports channels, but no other service matches its selection.

For most sports fans, catching your local team’s games is essential. For the MLB, NBA and NHL, these are on regional sports networks (RSNs), and PlayStation Vue has some of the best coverage around. Like with its national games, you’ll have to upgrade to the $55/mo. Core plan to access RSNs. Alternately, you can add the Sports Extra package for $10/mo. to the Access plan ($45/mo.) to get these networks.

PlayStation Vue covers every affiliate from Fox Sports and NBC Sports, plus SNY and YES in New York

That said, it is missing some major networks: NESN in Boston, MSG Network in New York and Spectrum SportsNet in Los Angeles (not available on any streaming services).

Chances are good that your home team will be covered with PlayStation Vue, but be sure to run your ZIP code through its lookup tool before signing up.

Will PlayStation Vue actually save you money?

With a starting price of $50/mo., PlayStation Vue is not much cheaper than most cable or satellite TV packages. If you’re looking to really cut down your monthly TV bill, you are better off going with a skinny bundle like Sling TV ($25/mo.), Philo ($20/mo.) or AT&T Watch TV ($15/mo.).

Here’s how it stacks up to some common TV plans:

Pricing per month plus taxes for length of contract. Additional fees and terms may apply. Pricing varies by location and availability. All prices subject to change at any time. May or may not be available based on service address. As of 08/22/19.
*Average price of broadband internet in U.S.

Because most TV providers offer significant discounts when you bundle with internet service (at least in year one), cutting the cord doesn’t always equal major savings.

But while PlayStation Vue might not save you money compared to a traditional TV plan, it could still be worth switching for the improved user experience, better channel selection, unlimited DVR storage, five simultaneous streams and month-to-month contracts.

To get a feel for what PlayStation Vue is like to use, we tested it out on an Amazon Fire TV Stick, Roku Streaming Stick and MacBook Pro.

Where most live TV streaming services stick to a design similar to traditional cable and satellite guides, PlayStation Vue makes a couple drastic departures. Most notably, you scroll through channels horizontally instead of vertically. For those of us raised on cable TV guides, it’s a bit jarring at first, but it grew on us the more we used it.

The horizontal scrolling allows you to view less channels at once, but you see more programs from each of them.

If you miss something that was just on, PlayStation Vue puts a bright green “on demand” tag on anything that you can watch anytime, which turned out to be almost everything. You’re also able to start most programs over from the beginning if you tune in a little late.

Like Netflix, PlayStation Vue also allows you to create separate user profiles for every user — up to ten in total. That means each person in your house can utilize their own DVR, add their own favorite channels and get customized recommendations based on what they watch.

We also appreciated how well PlayStation Vue worked with Alexa, Siri and Google Assistant voice control. For the most part, you’ll have to stick to pretty basic commands like “play” and “rewind,” but some streaming devices allowed for more complexity. When we asked Alexa to “play ESPN” from our Fire TV homescreen, for instance, it took us right to it.

PlayStation Vue’s mobile app worked perfectly well in our testing, but it’s reviews have been more mixed by the public. It has a 4.4 rating in the App Store on 11.8K reviews, but only 3.6 on 8K reviews in Google Play. Android users have reported frequent issues with the app freezing and restarting unexpectedly, while Apple users haven’t shared the same issues. We used it for a few hours on a iPhone and didn’t encounter any problems, but if you plan on using the Android app frequently, YouTube TV might be a safer option.

PlayStation Vue and YouTube TV are the only live TV streaming services that don’t limit how many recordings you can store on your cloud DVR. That said, your recordings will delete after 28 days on PlayStation Vue, while YouTube TV’s last for nine months.

PlayStation Vue is the most generous service by far when it comes to how many devices it allows you to stream on at once. If you live in a house that can’t agree on what to watch, this perk alone might be worth the price of admission.

PlayStation Vue has some of the broadest device compatibility of any live TV streaming service. For obvious reasons, it’s the only one that can be used with PlayStation gaming consoles, but it’s also available on almost every streaming device. Here is the complete list:

Unfortunately, the only smart TVs that currently support PlayStation Vue are Android TVs. If you want to use it, you’ll probably have to utilize a streaming device.

What internet speed do I need for PlayStation Vue?

PlayStation Vue recommends at least 10 Mbps download speeds for uninterrupted HD streaming, plus another 5 Mbps for each additional stream on the same internet connection. That’s a little more than other live streaming services recommend: Sling suggests 5 Mbps and YouTube TV only 3 Mbps.

If you’re not sure what kind of speeds you’re currently getting, try using our speedtest below.

Can you fast forward through commercials on PlayStation Vue?

Unfortunately, you’re not able to fast forward through commercials on any live TV platform, PlayStation Vue included. This carries over to its on-demand library, too, where you generally have to sit through a few minutes of ads for every half hour of programming. You are able to fast forward through commercials on programs you’ve recorded, though, and you can also skip ahead to catch up if you’ve paused a live program.

PlayStation Vue’s channel selection is fairly mediocre, and most viewers will probably miss a lot of their favorite channels.

But if you mostly care about watching live sports, there’s no better option.

It’s the only live TV streaming service that airs every national game from the NFL, MLB, NBA and NHL, plus it has one of the best collections of regional sports networks around. That said, you will pay more: Those channels are only available in PlayStation Vue’s $55/mo. and up plans.

If you don’t care about sports — or just don’t need to catch every game — Hulu + Live TV, Sling, fuboTV and YouTube TV all offer better channel lineups, and usually at a lower price. 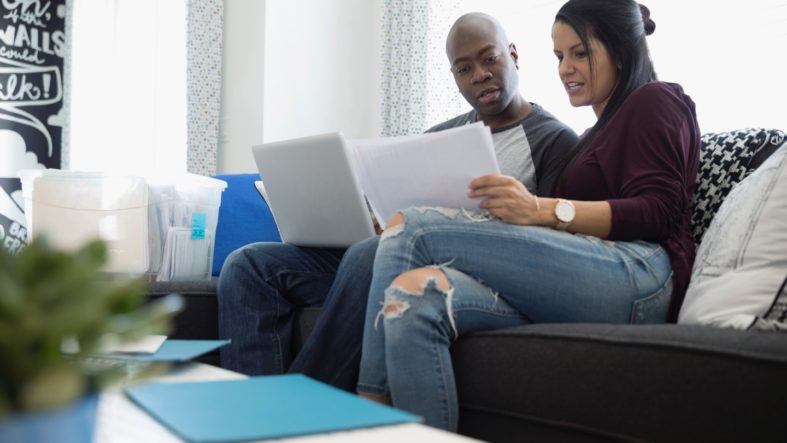 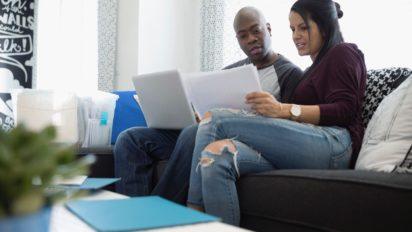 Trying to trim those monthly charges? One of our expert sales agents shares insider tips you need to know for potential discounts and other savings! Read more