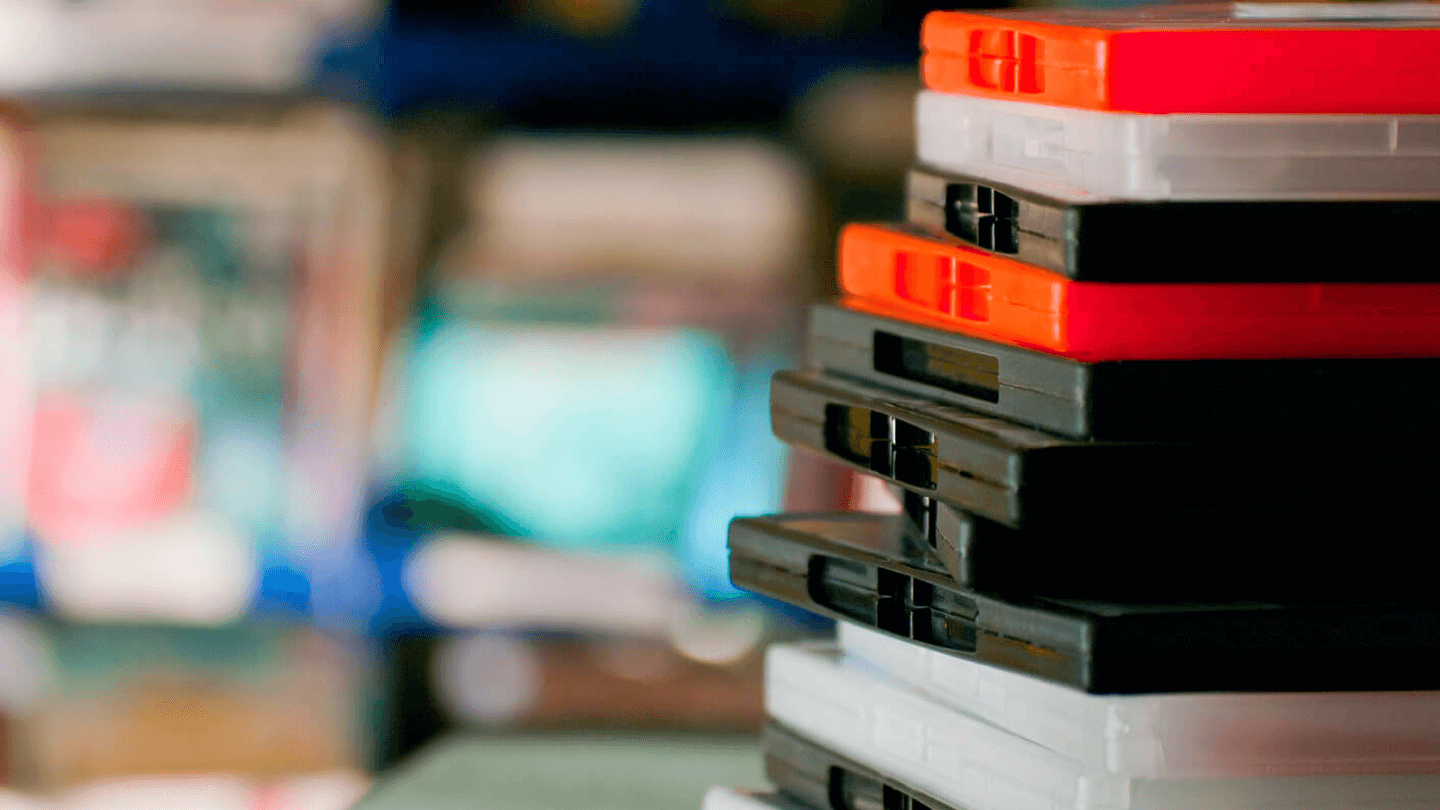 For more than two million Americans, Netflix is still that little red envelope in the mailbox.

Despite its dominance in the streaming wars — Netflix’s 193 million subscribers are more than three times second-place Disney Plus — the company has still held on to the DVD-by-mail business that originally made it a household name. For $8/mo., you can check out one DVD at a time and keep it as long as you want. (Blu-rays cost $10/mo.)

At its peak in 2010, Netflix sent out 12 million DVDs a week to its 20 million subscribers. It delivered its billionth DVD — a copy of Babel to a customer in Helotes, Texas — in less time than it took McDonald’s to make its billionth hamburger. The service reportedly had more than 100,000 titles available at one point, compared to the roughly 4,000 movies on the streaming service today.

“You used to be able to find anything,” said Steve, a longtime subscriber to Netflix’s DVD service. “I was amazed, thinking, ‘Oh, they’ll never have this.’ And they’d have it — back in the early days. But nowadays, this is an afterthought to them.”

It’s such an afterthought that Netflix didn’t even mention it in its shareholder letter earlier this year, a first in the company’s history. But its investment in the business has been declining. Quarterly earnings statements show that Netflix spent $77 million purchasing DVDs in 2016, $54 million in 2017 and $38.5 million in 2018. In 2019, the number was apparently too insignificant to even include.

While Netflix doesn’t reveal how many titles are available, there’s no doubt that the number has gone down significantly. “There’s stuff that I try to re-rent that I know I had gotten years ago and it’s no longer available,” Steve told us.

A couple years ago, Netflix CEO Reed Hastings told reporters that its DVD subscribers tend to fall into two categories: film buffs like Steve who value the deeper library, and rural users who might lack the broadband speeds for streaming.

For serious cinephiles, Netflix’s DVD service provides more to dig into than the average streaming service. “They sometimes surprise me with the stuff that they do have — the occasional classic musical and things like that,” Steve said.

Even if the number of titles available has declined from its 100,000 peak, it’s still far more than you’ll find streaming. For example, it has all nine Oscar Best Picture nominees from last year; no streaming service has more than three.

Sean, whose parents have used Netflix’s DVD service for well over a decade, told us that it’s all about the library for them, too. “I’ve tried to suggest that they switch to a streaming alternative,” he said. “They simply ask if the next several movies in their DVD queue are available on that service. And the reality is that most, if not all, are simply not available elsewhere — even when subscribing to multiple services — as part of a flat monthly fee.”

On why his parents use Netflix DVDs

For others, the appeal is that it’s not reliant on an internet connection. You only need about 5 Mbps to stream Netflix in high-definition, but 33 million Americans don’t have internet at all. Another 8.4 million rely on satellite internet, which often has harsh data caps that can make streaming impractical.

Netflix’s DVD plan certainly has its niche, but the outlook isn’t great for its future. In the second quarter of 2020, it made $62 million — down 19% from the same quarter in 2019. That’s still a large number for most companies, but it only accounted for around 1% of Netflix’s $6.1 billion global revenue in that period.

We expect DVD subscribers to decline steadily, every quarter, forever.

That said, CEO Reed Hastings told reporters in 2018 that he’s in no hurry to get rid of the service, and that he could see it lasting another five years. Some analysts believe the breaking point is around one million subscribers. At that point, it becomes difficult to keep open the necessary warehouses to ship DVDs across the country quickly.

“As they consolidate those warehouses, the turnaround time is going to be slower,” Wedbush Securities analyst Michael Pachter told AP News. “Then, it’s not going to take two days for the next DVD to arrive, it’s going to be more like six days. Then people will be upset and quit.”

Whether it’s due to a shrinking library or longer shipping times, the service will inevitably go the way of LaserDiscs and Blockbusters. “No, really,” we’ll tell future generations. “Netflix used to come in the mail.”

Joe oversees all things wireless and streaming for Allconnect. He has utilized thousands of data points to build a library of metrics to help users navigate these complex spaces. These include original content s… Read more