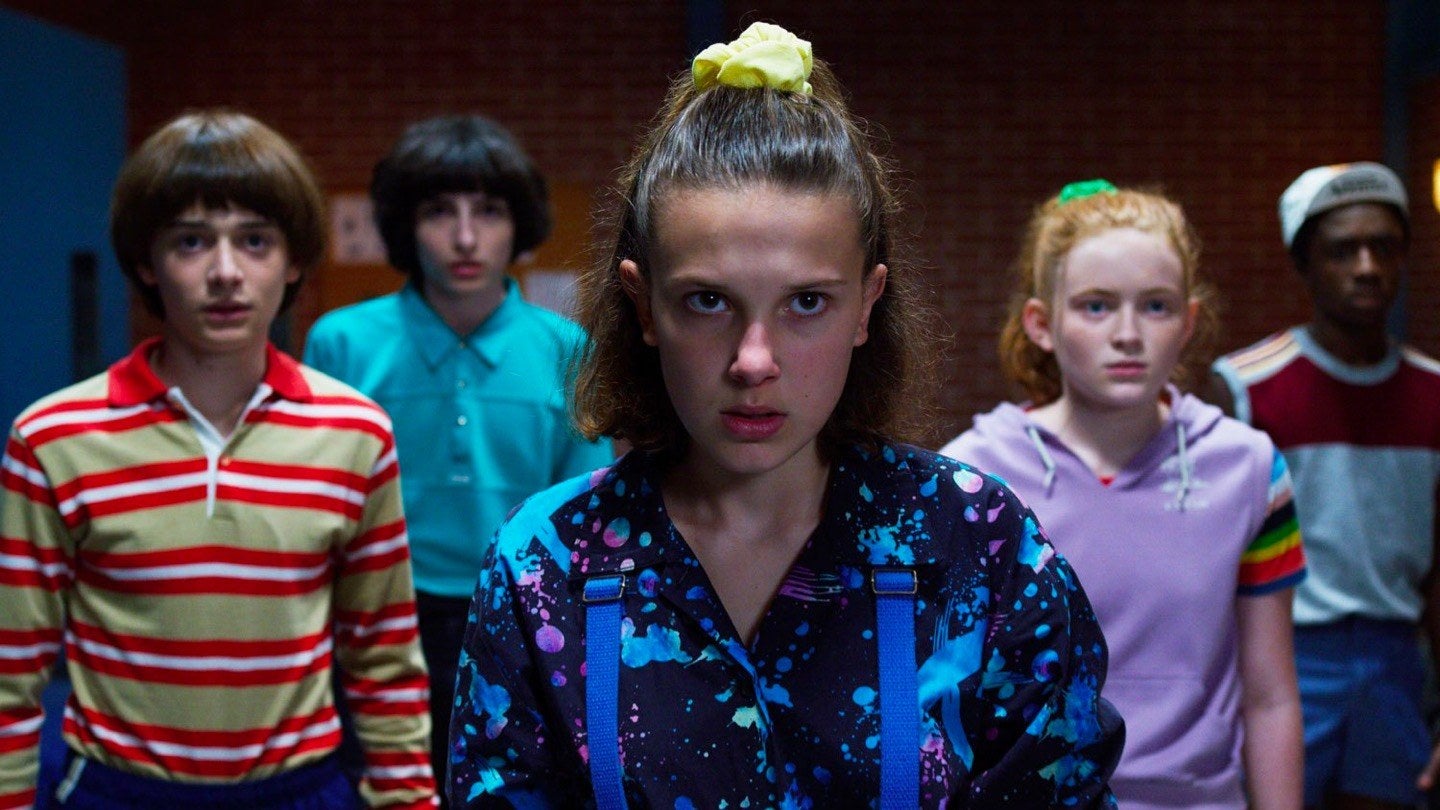 With so many landmarks being checked off, we thought it’d be a good time to take a look back at the most streamed shows, movies, songs and albums of the year. When we could, we used figures reported from the companies themselves. For many of the video streaming services, we also relied on viewership metrics from the streaming search engine Reelgood.com.

Without further ado, here’s everything we streamed the most in 2019.

Most streamed on Netflix

The Adam Sandler and Jennifer Aniston comedy Murder Mystery was Netflix’s most watched original movie of the year, coming in with 73 million views. That’s slightly below the 80 million viewers who tuned in for Bird Box in 2018, but still impressive nonetheless. For comparison, more than 100 million people worldwide went to see Avengers: Endgame in its first weekend alone.

On the TV side, Stranger Things was Netflix’s most popular show of the year, with more than 64 million viewers. That dwarfed second-place finisher, The Umbrella Academy, which garnered an estimated 45 million viewers in its debut season.

Most streamed on Hulu

Most streamed movie: How to Train Your Dragon: The Hidden World

While Hulu isn’t necessarily known for stocking up on the latest blockbusters, the final installment of the How to Train Your Dragon series was an exception. The animated film was released in theaters in February and remained wildly popular on Hulu well after that.

Few shows are as beloved as the animated sci-fi series Rick and Morty. It has a stunning 9.3 rating on IMDb and a 95% rating from critics on Rotten Tomatoes. Interest in the show on Hulu may have been piqued by its return to Adult Swim for a fourth season in November.

Most streamed on Amazon Prime Video

Most streamed movie: The Avengers

It was the year of The Avengers. The latest installment, Avengers: Endgame, became the highest grossing film of all time in theaters and the 2012 hit that started it all became the most streamed movie on Amazon Prime Video for the year. Coming in second was Amazon’s original movie, The Report, starring Adam Driver and Annette Bening.

Amazon’s most successful original series to date, the second season of The Marvelous Mrs. Maisel took home eight Emmys in 2019, tying its own record for a comedy series from the previous year. The third season was released in December and shortly thereafter a fourth season renewal was announced.

Most streamed on Disney+

While it was only around for a few months of 2019, Disney+ still made an immediate splash on audiences around the world. Surprisingly, its most streamed movie of the year was the 2006 Pixar film Cars, followed by Star Wars: A New Hope and Captain Marvel.

Most streamed TV show: The Mandalorian

To no one’s surprise, the Star Wars spinoff, The Mandalorian, was the most streamed show in the streaming service’s inaugural year. Some data even suggests it was the most in-demand television show of the year, topping hits like Stranger Things and Game of Thrones.

Most streamed on Spotify

Most streamed album: WHEN WE ALL FALL ASLEEP, WHERE DO WE GO? – Billie Eilish

Billie Eillish had the most streamed album of the year with her debut, WHEN WE ALL FALL ASLEEP, WHERE DO WE GO? Post Malone came in second with his album Hollywood’s Bleeding, which also propelled him to become the most streamed artist of 2019 on Spotify, with 6.5 billion streams from around the world, the first time he’s made the top five.

Señorita by Camila Cabello and Shawn Mendes topped the list of the most streamed tracks of the year, followed by tracks from Billie Eilish, Post Malone, Ariana Grande and Lil Nas X. Interestingly, Señorita didn’t show up until number 15 on Billboard’s year-end charts.

Most streamed on Apple Music

Most streamed album: WHEN WE ALL FALL ASLEEP, WHERE DO WE GO? – Billie Eilish

Most streamed on Pandora

Pandora doesn’t actually release which song was the most streamed of the year, but Old Town Road earned the title of the most “thumbed up” song of 2019. That said, it didn’t even make Pandora’s top 20 list for the decade. That list was topped by the The Weeknd’s 2014 hit Earned It.

Now that you know what everyone was streaming in 2019, bookmark our streaming page so you don’t miss a thing in 2020. You can also keep up with our streaming experts on Facebook and Twitter.