According to a PC Mag study from July 2018, 35% of people never change their online passwords. It’s not as surprising then that 36% of American consumers report that their online accounts have been hacked at least once, according to a Statista survey in October 2018. However, personal account hacking is just the beginning of American online security concerns. Cybersecurity attacks go far beyond someone stealing your credit card information.

For instance, in October 2016, America’s internet security was compromised in such a massive attack that broad swaths of the web went down for hours. Users reported sporadic problems connecting to more than 80 major websites, including Twitter, Netflix, Spotify, Airbnb, Reddit, Etsy, SoundCloud, CNN, PayPal, and The New York Times. And the result of all of this digital mayhem is that we can see just how vulnerable many businesses and homeowners are to cyber attacks.

What can lurk inside the web

What wiped out America’s internet that fateful day in October was what experts call a distributed denial-of-service, or a DDoS, attack.

A DDoS attack occurs whenever hackers flood the Internet servers that run a target’s site with excessive internet traffic until it stumbles or collapses under the load.

Bruce Schneier, a security guru, technologist and CTO of Resilient, wrote on DDoS: “These take the form of precisely calibrated attacks designed to determine exactly how well these companies can defend themselves, and what would be required to take them down.”

In fact, military agencies even think of DDoS attacks as tools in their cyber-war arsenals.

Any computer connected to the internet can be exposed to a whole host of security risks from other computer users.

Even when you’re not aware of it, your computer receives information from other devices connected to the web. Sometimes this information comes in the form of viruses, hacks and other security threats with bits of malicious code that hackers have released into the wild of the internet to wreak havoc. That’s why computer security is so important.

PCMag defines computer security as the protection of data, networks and computing power. Oftentimes, people looking to breach your data and networks use the internet to steal information. Some internet security methods automatically protect your operating system, such as firewalls. Firewalls look at incoming traffic to your computer and determine whether the content is safe based on its source, destination, format and other factors.

Websites might also use a combination of encryption and “certificates,” a type of digital security “document,” to talk to each other in a secure way. This is called SSL/TSL and is shown in the beginning of your web browser address as “https://” with a green lock icon. SSL/TSL protects communications between websites and ensures that a site is indeed what it claims to be.

SSL/TSL and firewalls are two methods of automatic online security, but other security measures must be managed and monitored by you to be effective.

We all know about spam email, but it’s surprisingly easy to overlook emails that seem legitimate and are actually spammy phishing emails. In Episode 97 of Reply All, a podcast dedicated to the internet and weird things that occur online, the hosts explore how easy it is to get phished without realizing it. Opening one spammy email could expose your passwords, credit card numbers, addresses and more to identity thieves.

Emails are already filtered by your email service and sometimes by firewalls. However, you can take steps to amp up security against spam. To prevent email scams from hitting your personal inbox try the following:

You can also get spammed via internet pop-ups. These scammers tend to be fraudulently selling products and trying to steal your money. They may also ask you to install special software on your computer, which could let them steal more information. According to Norton, they may try to install malware or backdoor Trojans on your system.

For instance, in the beginning of 2019, a Mac security company called Intego reported an uptick in Mac users getting web pop-up alerts telling them to call a company about a major security issue or that their browser had been locked.

To stay secure against browser spam, you should have a pop-up blocker on your browser. But security companies like Intego also suggest resetting your browser and removing all website data from your computer. Then, clear your caches and, if necessary, delete your browser preferences and uninstall the browser manually.

Norton also provides a free virus and malware removal tool that you can download to scan your computer for risks and then remove them.

For as awesome as it can be, the internet can also be a scary place at times. But, you can take a number of measures to ensure that your devices and the dark side of the web never meet.

5 other things you can do to enhance your internet security

1. Be smarter about your browsing

Don’t open those suspicious-looking emails, don’t download files from unknown senders and untrusted websites and clear your browsing history on a regular basis.

2. Change your passwords regularly, strengthen them, and use encryption

Everyone knows that person whose password really is “password” and who uses it for all of his accounts. Don’t be that person. The longer and more complex (with numbers and odd characters) your password is, the longer it will take to crack in a brute force attack. And for an added layer of security, use data and password encryption software.

3. Be proactive and install anti-virus software

Should any malware slip past your firewall, anti-virus software works by periodically downloading small components known as “definitions” to identify viruses on your computer. And once it identifies them, it can also remove them. Plan to run regularly scheduled sweeps of your system.

On the plus side, many internet service providers include free internet security and virus protection from well-known companies such as McAfee, Norton, Symantec and Kaspersky as part of their internet plans.

Spyware is a specific type of malware that installs itself on a computer without the knowledge of the owner in order to collect the owner’s private information. Typically, spyware infiltrates a computer when a user installs a piece of free software that he or she actually wanted.

It piggybacks on the installation and starts tracking data from the user’s activities, redirecting web browser searches, changing computer settings or even completely disrupting your network’s connection ability. Similar to anti-virus programs, you can also install anti-spyware software to prevent this.

5. Secure your smart devices on the Internet of Things (IoT)

As the world and the web grow ever more connected, the Internet of Things is growing exponentially. And while that can make life a lot easier for humans, it also means that hackers have more potential entry points into your home and personal data. Since these smart devices really are small computers, you need to treat them in a similar manner to keep your smart home from being hacked.

As you go about the process of bolstering your home’s internet security, keep in mind that things may still slip through the cracks. New internet, device and network threats appear daily, such as the recent emergence of an iOS vulnerability that allowed hackers to listen in on iOS system users without them knowing. Systematic attacks and hacks can evolve as quickly as hackers can code new ones. But being as smart and proactive as you can lessen the blow of some security breaches and prevents others entirely. 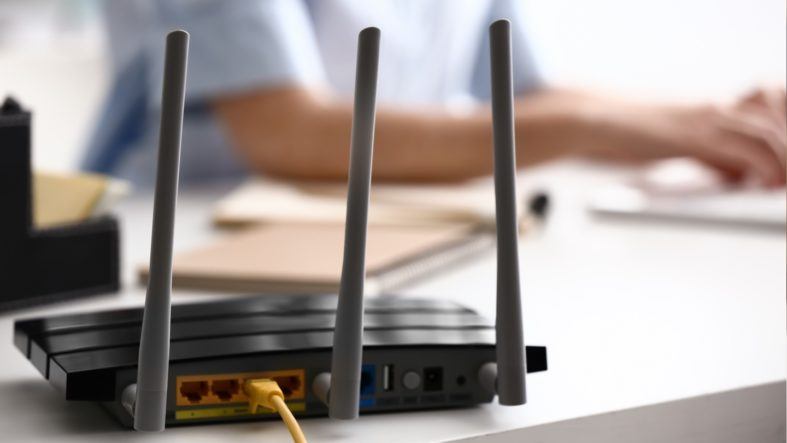 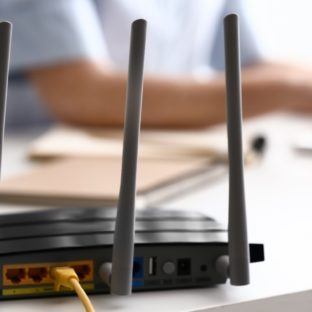 Not sure how to secure your Wi-Fi and keep your smart home devices protected? Don’t worry! Here’s what you can do to keep your home smart and secure. Read more 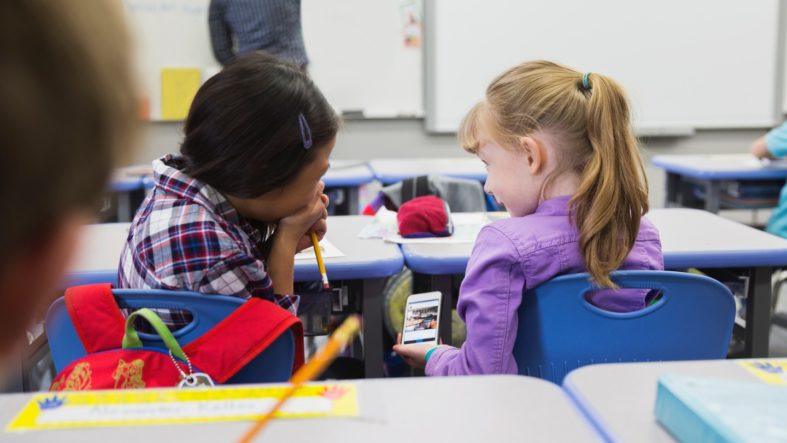 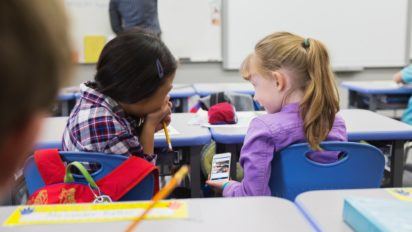 It can be a tricky — and sometimes touchy — subject. But here’s what the latest research says and what you should consider for your family. Read more 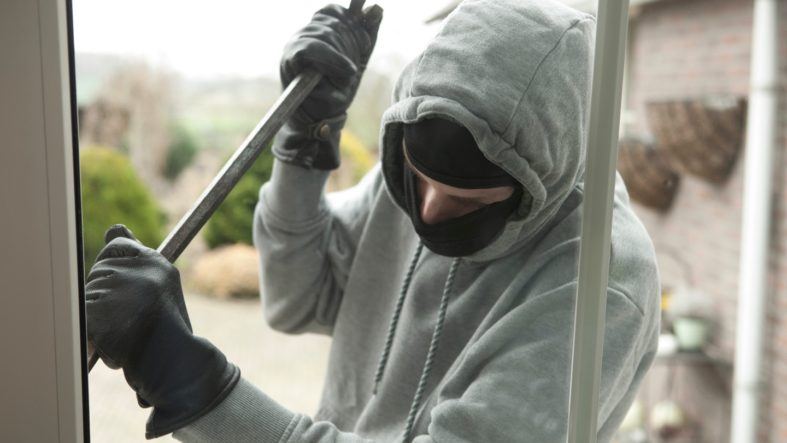 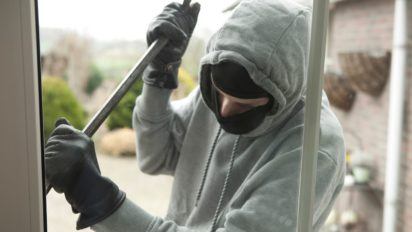 Learn where not to stash important items and gain insights on unexpected places to keep them from potential burglars. Read more