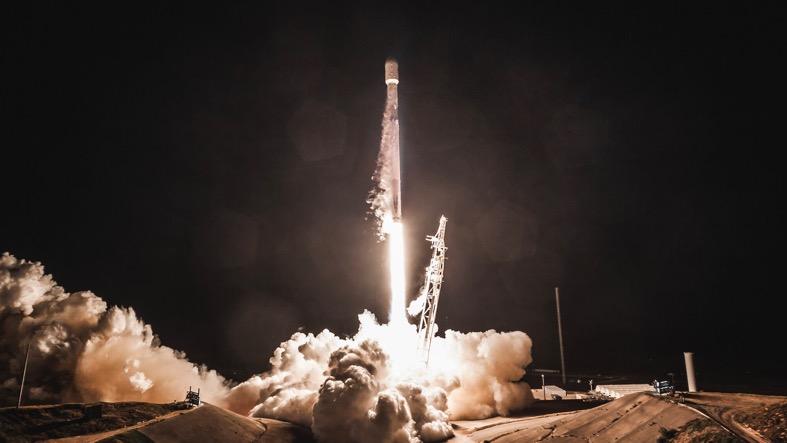 Elon Musk is continuing to build his constellation of internet satellites known as Starlink.

Earlier today, SpaceX successfully launched the fourth batch of Starlink satellites into orbit on the Falcon 9 rocket taking off from Cape Canaveral Air Force Station in Florida after multiple adverse weather days over the past few days. The satellites were successfully deployed an hour after liftoff.

Today’s launch included 60 internet-beaming satellites, bringing the total number of the constellation up to 242 satellites in orbit. It was the second launch this month.

SpaceX hopes to continue the cadence of two launches a month throughout 2020 in order to achieve their goal of 1,584 satellites.

The Federal Communications Commission has approved a request from SpaceX to launch a constellation of internet-beaming satellites.

The network, which will be known as Starlink, could eventually beam broadband across the globe, dramatically improving high-speed internet coverage.

However, Starlink will use a ‘constellation’ of satellites in low earth orbit. It says they would, in theory, provide internet all over the world.

The FCC ruling is a key move in making Elon Musk’s plan a reality.

“This approval underscores the FCC’s confidence in SpaceX’s plans to deploy its next-generation satellite constellation and connect people around the world with reliable and affordable broadband service,” SpaceX president Gwynne Shotwell said.

How will Starlink work?

Its goal is to beam superfast internet into your home from space.

Consumers will use a dish and modem to connect to the service.

While satellite internet has been around for a while, it has suffered from high latency and unreliable connections.

“Once fully deployed, the SpaceX system will pass over virtually all parts of the Earth’s surface and therefore, in principle, have the ability to provide ubiquitous global service,” SpaceX has previously said.

‘Every point on the Earth’s surface will see, at all times, a SpaceX satellite.’

How many satellites will Starlink use?

It allows the company to launch 1,584 of its satellites in a lower than previously planned orbit.

However, after running two prototype satellite, called TinTin A and B, the firm decided flying them lower, at 550 kilometers above the surface of the Earth, was far easier.

Having the satellites lower will mean faster communication.

Above is a simulation built by Prof. Mark Handley of University College London, showing how the system could work.

What do SpaceX’s competitors think?

They aren’t happy, in a nutshell.

SpaceX competitors OneWeb and Kepler Communications both filed petitions to deny SpaceX’s request for a change to the FCC, saying they could cause interference, although their concerns were thrown out by the FCC.

“We find no reason to defer action on SpaceX’s modification request as requested by certain commenters,” the FCC wrote.