High-speed internet in space or even on other planets may seem a distant dream when here on Earth we’re still dealing with Netflix buffering and bad connections. But in true entrepreneurial spirit, the National Aeronautics and Space Administration (NASA), as well as many tech leaders from Elon Musk to Jeff Bezos, are thinking about how to get high-speed connections from the moon, Mars and other planets.

So, what does space internet mean for Earth and the rest of the galaxy?

In fact, it’s already possible to get online in orbit. Astronauts aboard the International Space Station (ISS) are currently using a 600 Mbps connection to communicate with command stations here on Earth. This allows astronauts orbiting the Earth to do everything from sending back life-saving research to uploading jaw-dropping videos and images to social media.

NASA began establishing its collection of ground-based antennas and an on-orbit constellation of Tracking and Data Relay Satellites (TDRS) known as the Space Network in 2000 to send information to and from the ISS via radio frequency signals.

Additionally, NASA operates the Deep Space Network (DSN), which includes international radio antennas that support interplanetary spacecraft missions. These antennas allow for constant communication with spacecraft on missions to the moon or Mars. Communication is not immediate though — there can be delays of anywhere from three to 20 minutes.

More recently, tech leaders like Jeff Bezos, Richard Branson, Elon Musk and more have been looking at how they can use low-orbit satellites in space to improve internet connections down here.

Musk’s Starlink SpaceX project has already launched 60 of the more than 1,500 planned satellites. Bezo’s Project Kuiper has already been approved to launch more than 3,200 satellites while the Richard Branson-backed OneWeb is working on a network of 650 satellites.

Aside from the Deep Space Network, almost all space internet is operated within Earth’s orbit. But what about internet on the moon or, even crazier, internet on Mars? I mean, the moon is 250,000 miles away while Mars is 140 million miles away!

Internet on Mars isn’t completely crazy… Musk first mentioned it in 2015 when he suggested we launch hundreds of satellites 750 miles above Earth to establish a connection.

Historically, NASA has relied on radio frequency to establish an internet connection to transmit data from spacecraft to Earth. More recently they’ve started exploring other networking technology, such as delay or disruption tolerant networking (DTN).

Instead of relying on point-to-point (direct) or single relay links between just two nodes to communicate with spacecraft, DTN relies on a protocol suite that transfers data between many nodes. This “extends the terrestrial internet capabilities into the challenging communication environments in space where the conventional internet does not work well.”

DTN is set up in a way that a spacecraft with one node doesn’t just have to transmit the signal to a node back on Earth. Instead, node 1 on the spacecraft can send it to node 2 a little further out, which then sends it to node 3 a little further out, and so on until the data reaches Earth. If for some reason node 2 isn’t able to forward the data immediately, it can store the information for future transmission.

NASA ran its first successful test of DTN in 2008 and has since rolled out a DTN system to the International Space Station in 2016 establishing it as the first node. Several Earth-observing and lunar missions have also used the DTN system as NASA continues to improve and roll out the technology for missions going even further.

The Administration has also been experimenting with other communication options including several types of laser communication technologies. They’re currently developing and testing out the Laser Communications Relay Demonstration (LCRD), which would be a “trailblazing, long-term technology.”

Space internet may seem like a science fiction fantasy right now, but before too long space tourism will be a thing and you may be visiting Mars asking “What’s the Wi-Fi password here?” 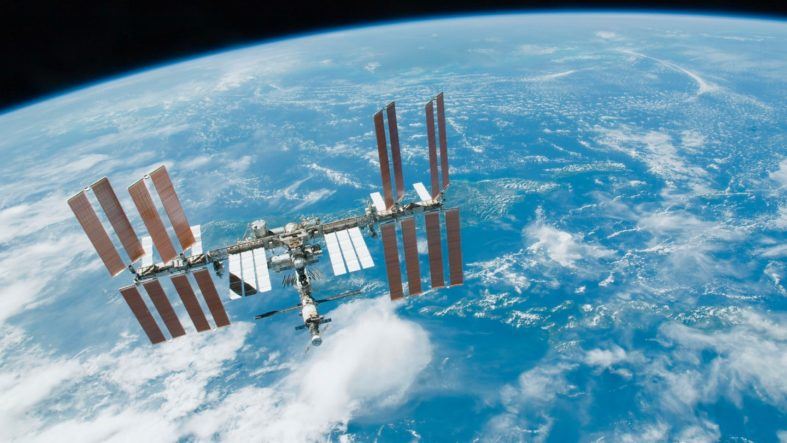 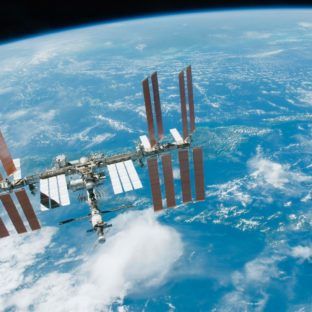 Is there internet in space? Yes, and it’s probably better than yours! 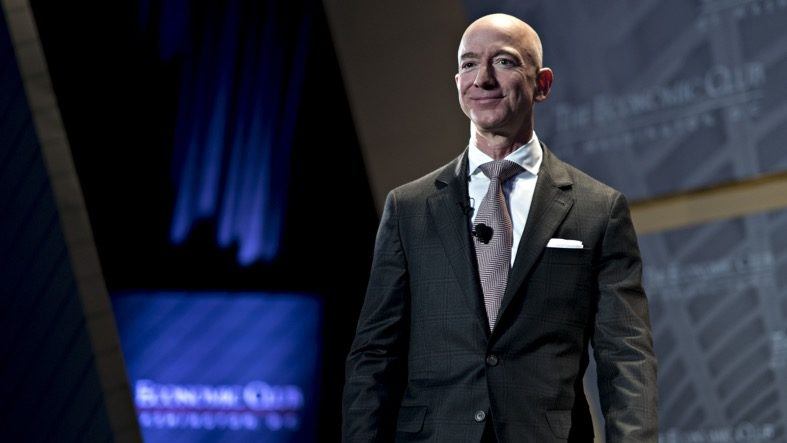 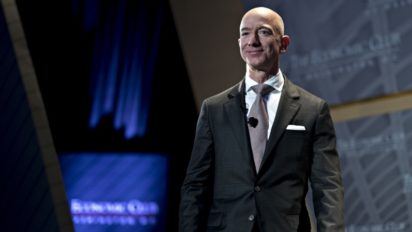 A 21st century Space Race is on as tech billionaires around the world compete to provide global broadband internet service. Read more