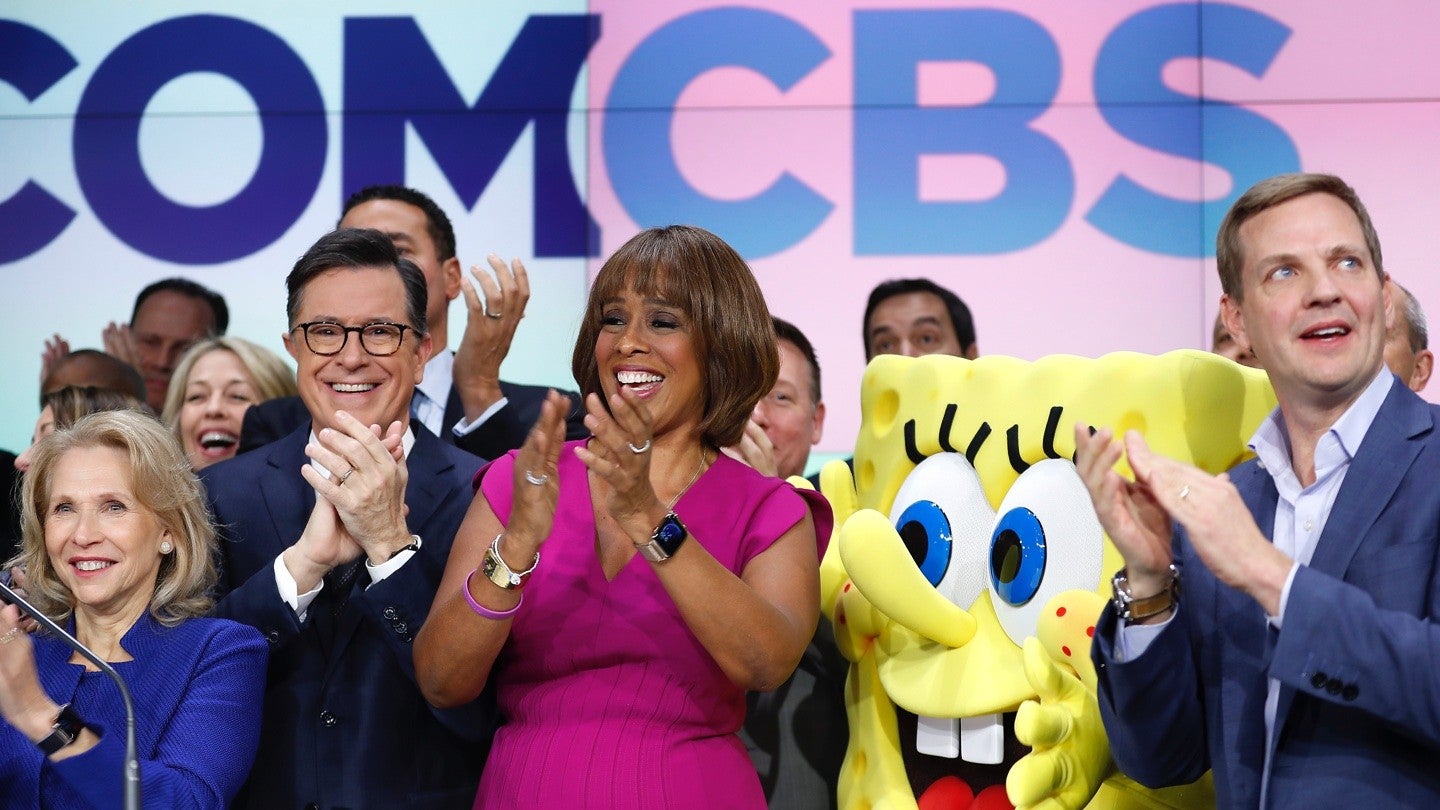 ViacomCBS is launching a new streaming service that will merge CBS All Access with movies and TV shows from Paramount Pictures and Viacom channels like MTV, Comedy Central and BET.

While CBS was one of the first legacy media companies to launch its own streaming service back in 2014, it has since struggled to compete with streaming royalty like Netflix and Amazon, and newcomers like Disney+. CBS All Access currently has around five million subscribers; three-month-old Disney+ already has more than 28 million.

CBS finalized a merger with Viacom in December 2019. That put a number of separate streaming services under the ViacomCBS umbrella, including CBS All Access, Showtime, Pluto TV, Noggin and BET+.

In an investors call on Thursday, ViacomCBS CEO Bob Bakish said the company plans to incorporate these well-known brands in CBS All Access to create a “combined ‘House of Brand’ product.”

“We will add significant content from Nickelodeon, Comedy Central, MTV, BET and Smithsonian in addition to popular films from the Paramount library, and we will do this at scale to the tune of approximately 30,000 episodes of TV and up to 1,000 movies,” Bakish said.

That would be an enormous increase — CBS All Access currently has only a few hundred titles in its library, including around 30 original shows and movies. For comparison, Netflix has more than 8,000 movies and 1,500 TV shows, with more than 1,000 originals in total.

It remains to be seen whether CBS All Access (currently $6/mo.) will increase in price or keep its name in this new rollout, but Bakish described it as an option in the middle between free streaming services and premium networks.

“Our free new offering is Pluto TV and our premium pay offering is Showtime OTT. To complete our portfolio, we will take CBS All Access and expand it to be a robust and compelling offering to serve the broad pay streaming segment.”

CBS All Access has a long way to go to get to that “robust and compelling” library. While its total library size is a fraction of its competitors, it doesn’t have a lot of popular titles, either. When we compared the number of titles in IMDb’s lists of the top 250 TV shows and movies, which combine user ratings and popularity to determine its rankings, CBS All Access only had a handful from each list.

Getting access to Paramount’s catalog will certainly help. That will presumably add popular movies like Titanic, Forrest Gump, Star Trek and Beverly Hills Cop to its lineup — none of which are currently available on any streaming services. Add to that Paramount movies coming out this year like Sonic The Hedgehog, Quiet Place Part II, Top Gun: Maverick and The SpongeBob Movie: Sponge on the Run and it’s not hard to see how the new CBS All Access could potentially attract new subscribers.

Only time will tell how much CBS All Access is improved by this influx of Viacom and Paramount content. As of now, the service appeals mainly to cord cutters who want to keep up with CBS shows and Star Trek fans. But if it adds enough good shows and movies without raising its price dramatically, it might make a compelling case for a chunk of your streaming budget.