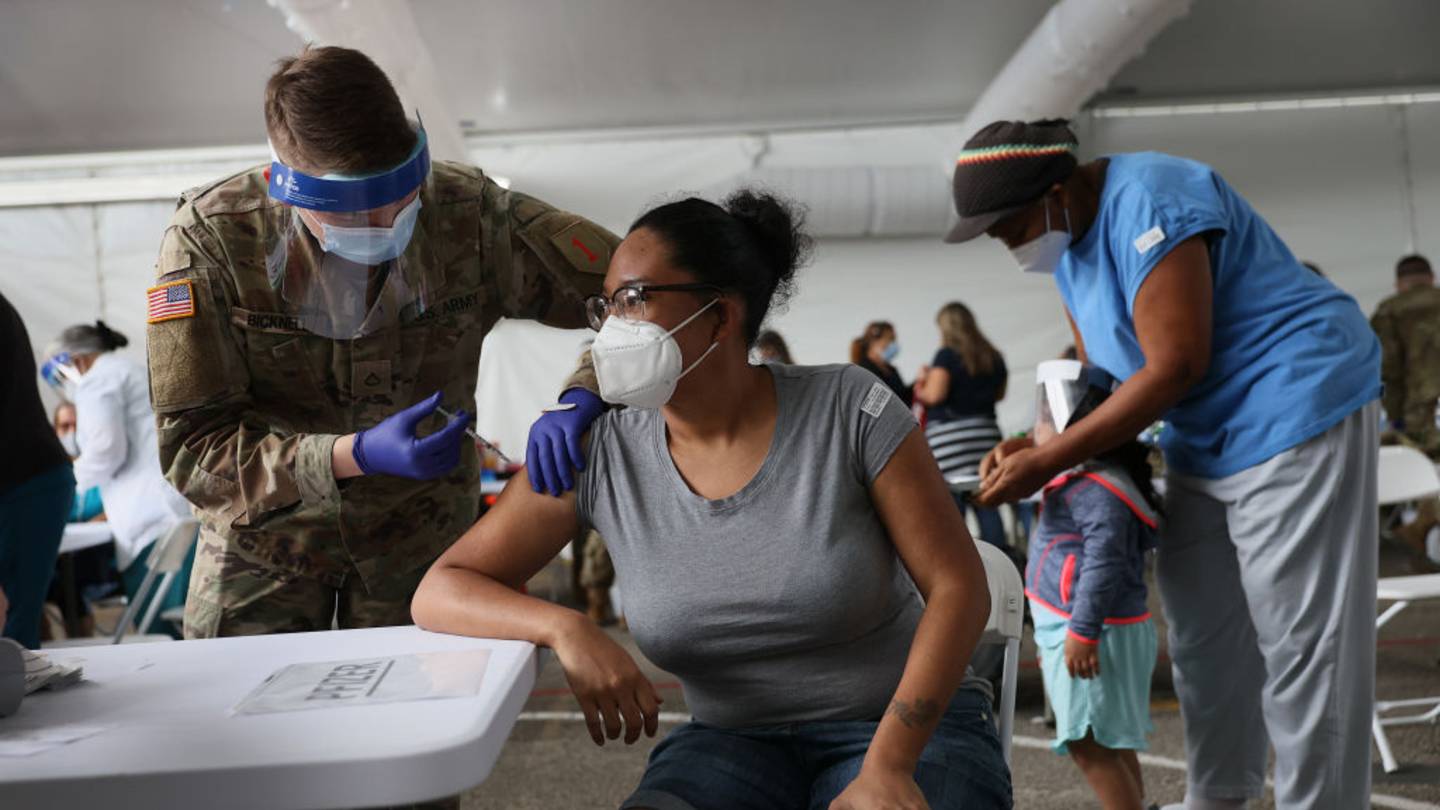 From work-from-home measures to virtual learning to the vaccine rollout, the COVID-19 pandemic has shone a glaring spotlight on the necessity of high-speed internet in this country, and who does and doesn’t have it.

An analysis from Microsoft estimates that more than 162 million people aren’t using the internet at broadband speeds, defined by the FCC as 25 Mbps download and 3 Mbps upload. “What is even more alarming is that home broadband adoption rates aren’t improving – they have remained stable for the past three years,” wrote Gigi Sohn, a Distinguished Fellow at the Institute for Technology Law & Policy at Georgetown University in a testimony to the House Subcommittee on Communications and Technology.

“If you walk down the street, a person you meet is nearly as likely as not to not have broadband Internet at home.”

This massive number of internet have-nots has posed an immense challenge to the COVID-19 vaccine rollout, where signup has primarily taken place on difficult-to-navigate websites. While it’s possible to make an appointment by telephone in many areas, call centers have been overwhelmed by the volume, leaving some people waiting on hold for hours.

The process has improved significantly over the past several months, with 13% of Americans fully vaccinated as of March 18, but there’s still concern about the most vulnerable people being left behind.

“The great irony of this problem is that the people we need to reach with the vaccine and get information to are the ones who are least likely to be online,” Susan Nash, a visiting scholar at the Stanford Center on Longevity studying digital literacy options for older adults, told The Verge.

Senior citizens are the least likely to be online

Senior citizens have unfortunately been the group who need the vaccine the most, but for whom enrollment is the most difficult.

Four out of every five COVID deaths in the U.S. have been people over the age of 65, and research estimates that about 40% of them were unable to access online resources for “communication, social support, health information, and financial management” during the pandemic.

Almost 22 million seniors don’t have a broadband connection at home, making setting up an appointment for the vaccine a formidable task.

“We’re running into a crisis where connectivity is a life-or-death alternative for people,” Tom Kamber, the executive director of the non-profit Older Adults Technology Services, told the New York Times. “It couldn’t get much more stark than people being told, ‘If you go outside, you’re likely to be at risk of dying.’”

In many cases, seniors have had to rely on children and grandchildren to help them navigate labyrinthine government websites and fill out confusing forms. But for the nearly 13.8 million older adults in the U.S. who live alone, reaching out to loved ones isn’t always an option.

Grassroots organizations on Facebook — the most popular social media site for Americans over 65 — have stepped in to help fill in some of these gaps. Groups like the South Florida COVID-19 Vaccination Info have membership numbers in the tens of thousands, and help people book appointments, navigate eligibility requirements and arrange transportation.

“I want to personally thank this group for its existence,” reads a typical message on the page. “I tried to get appointments myself and failed!! This morning there it was: two appointments for my husband and I!”

Of course, you still need an internet connection to take advantage of these resources. But for senior citizens and those assisting them in the vaccine process, it’s a much more manageable prospect than wading through government websites on their own.

Communities of color have lower vaccination rates, despite being hardest hit

While the digital divide has often been painted as a rural problem, the truth is a lot more complicated. According to research by John Horrigan, a Senior Fellow at the Technology Policy Institute, 20.4 million households didn’t subscribe to broadband — 15.9 million in urban areas and 4.5 million in rural.

Why do so many people living in cities, where the FCC says broadband is available to 98.5% of residents, still not subscribe? According to the Pew Research Center, cost is the biggest reason, with half of non-broadband users saying the monthly price of a home broadband connection is too expensive for their budget.

Unfortunately, that trend hits people of color the hardest. Black and Latino people are 2.6 and 3.4 times more likely, respectively, to be offline than white people, and about three in four people without broadband in cities were people of color. While investment in rural broadband infrastructure is still necessary, making sure people can actually afford broadband where it’s already available is just as critical.

These numbers aren’t just eye-opening; they’ve had life or death implications during the pandemic. The Kaiser Family Foundation found that Black and Hispanic adults were far less likely than white adults to say they had enough information about where and when to get vaccinated.

That helps explain why these communities, which have been disproportionately affected by the coronavirus, have had lower vaccination rates than white people, despite some states’ efforts to put them at the front of the line. In California, for example, Hispanic people account for 40% of the state’s population and 55% of COVID cases, but only 21% of vaccinations.

A recent Los Angeles Times report found that in California, special access codes designed to help the hardest-hit communities sign up for the vaccine ended up circulating “among the wealthier, work-from-home set in Los Angeles.”

Even with a code specifically intended for them, the people dying in greatest numbers still found themselves elbowed out by savvy digital natives with fast internet speeds and the free time to sit refreshing a computer screen.

That’s not to say that people using the codes had malicious motives — the report states that they seemed to be unaware that they were intended for minority communities — but it does highlight how thoroughly the system rewards people who can easily navigate the internet, despite the best intentions of health officials.

“Those with means and privilege are increasingly getting vaccinated before those with the highest exposure risk,” said Dr. Julie Morita, a public health expert and member of President Biden’s transition team, said at a House committee hearing in early February. “Necessities that some may take for granted — an Internet connection to make an appointment online; a car to drive to a large-scale vaccination site; the time it takes to navigate complex systems — are unaffordable for millions.”

What’s being done to close the gap

While these numbers don’t paint a rosy picture, much is being done to address the digital divide and its impact on public health. Nearly 62% of seniors have received at least one dose of a vaccine, with around 2.5 million doses administered every day.

Seniors can get information on vaccine enrollment by calling the Administration for Community Living’s Eldercare Locator number at (800) 677-1116.

Many local health departments have also started looking for creative ways to reach people without an internet connection. Officials in Bucks County, Pa., have set up a phone line to book appointments, and conducted outreach with local nonprofits and social service agencies. Chicago has also looked to get the word out through churches, community-based organizations and healthcare providers.

But perhaps most impactful is the broadband subsidy approved by the FCC in late February that will provide a $50/mo. credit to low-income families for their home internet bill. As the past year has taught us, a high-speed internet connection is no longer a luxury; it’s a necessity.