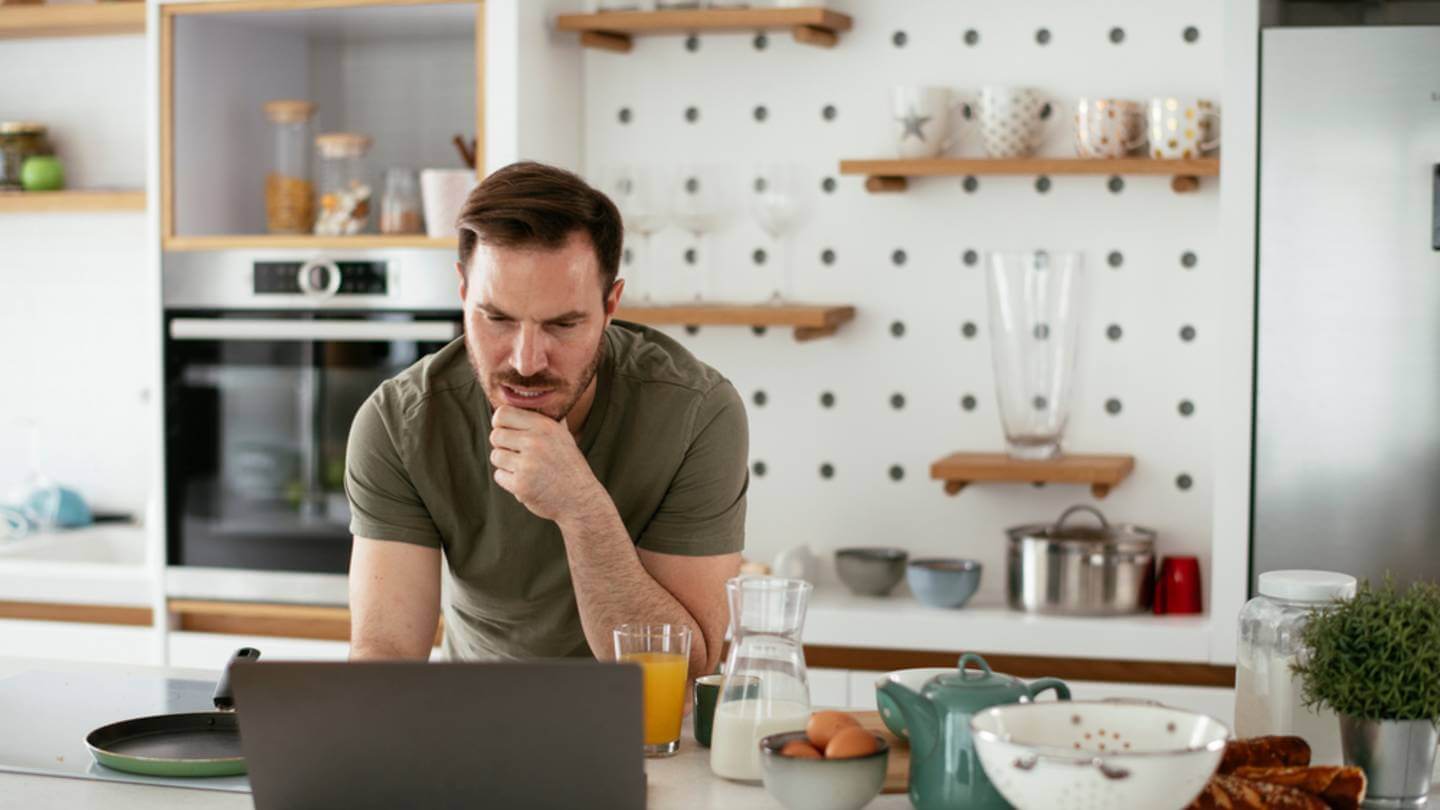 In 2000, about half of all Americans used the internet. Today, with smartphones and home internet connections available in almost every corner of the country, that number is more than 9 in 10.

This pervasiveness has touched nearly every aspect of our lives, including the way we stay on top of current events. According to a recently published Pew Research Center report, Americans are consuming news on the internet more than ever. Of the 9,220 U.S. adults that Pew interviewed between Aug. 31 and Sept. 7, 2020, more than 8-in-10 (86%) said they get their news from a smartphone, computer or tablet “often” or “sometimes,” with 60% falling into the “often” category. 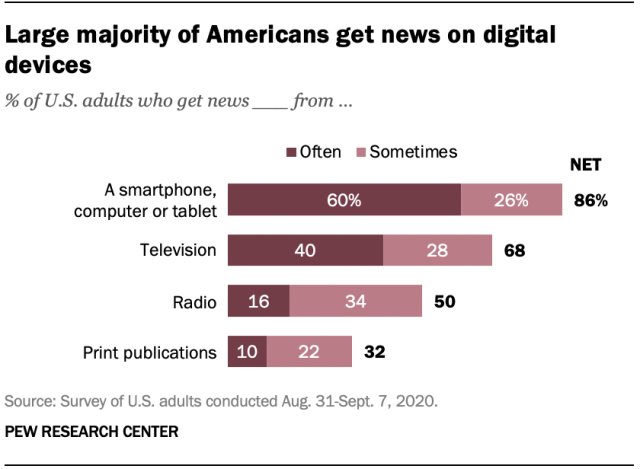 The internet was by far the most popular medium for Americans looking to catch up on the news. After that, 68% of respondents said they get their news from television, 50% from radio and only 32% from print. Only 10% of Americans still turn to print publications for their news “often,” down from 20% in 2016.

Unsurprisingly, this trend is split along age lines, with older Americans far less likely to use digital devices for their news. Those over 50 still use television for news more often than smartphones, computers or tablets, while the number goes down dramatically for anyone younger. Only 25% of Americans aged 30 to 49 said they got their news from television “often,” and 16% said the same among 18-to 29-year-olds.

Many of these digital news consumers are finding their news through social media. According to a 2019 Pew Research Center study, more than half of adults get news from social media “often” or “sometimes” (55%), up from 47% in 2018. But despite that rapid adoption, most users are dissatisfied with their experience.

The biggest problems, according to the Pew Center’s respondents, are that social media companies favor news organizations that produce attention-grabbing articles (88%), have a lot of social media followers (84%) or whose coverage has a certain political stance (79%).

And those negative attitudes toward social media might be warranted. A separate Pew study from 2020 found that those who depend on social media most often for their political news are less informed than almost any other group.

Even as Americans who primarily turn to social media for political news are less aware and knowledgeable about a wide range of events and issues in the news, they are more likely than other Americans to have heard about a number of false or unproven claims.

“Americans Who Mainly Get Their News on Social Media Are Less Engaged, Less Knowledgeable”

This relationship between news consumption and internet access has been studied closely for years, and most of the evidence points to greater polarization. That’s not necessarily because online news itself is more biased, but rather because people are consuming much more of it. According to one often-cited study from the University of Pennsylvania, those with a broadband internet connection spend nearly 22 additional hours per month online compared to those with dial-up connections. And much of that time is spent reading and sharing political news and opinions.

One 2017 study published in the American Journal of Political Science paired county-level broadband penetration data from 2004 to 2008 with data on the partisan effect from the National Annenberg Election Studies from the same period. The relationship was clear: “Access to broadband internet increases partisan hostility.”

We do not think broadband is the only, or perhaps even the primary, cause of the rise in partisan ill will. Affective polarization began to increase at least two decades before widespread internet use. Instead, our claim is that the new media environment exacerbates already rising tensions.

The Hostile Audience: The Effect of Access to Broadband Internet on Partisan Affect

To be sure, a lot has changed since the mid-2000s period in which this data was collected. But as the latest Pew Research Center report shows, we’re relying more than ever on our digital devices — and social media — for our news. And when that number goes up, polarization can be quick to follow.